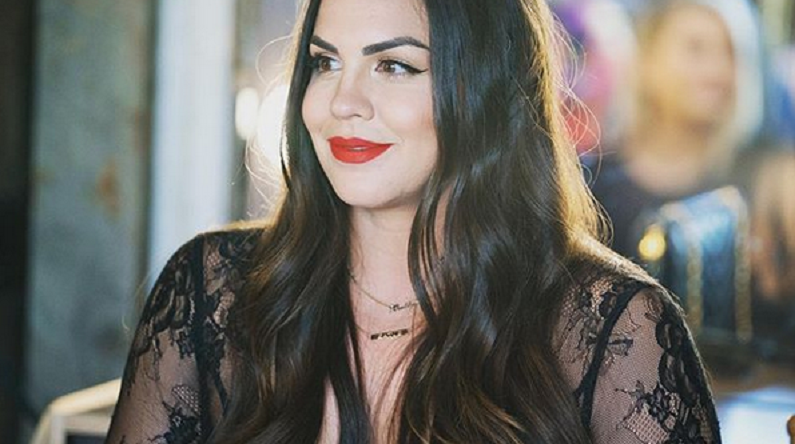 Katie Maloney-Schwartz has her own podcast. This comes over a week after Stassi Schroeder lost hers. The Vanderpump Rules star launched her new podcast this week. This is a stark contrast to two weeks ago when Stassi lost all her gigs amid her racism scandal.

The reality star felt like now was the perfect time to launch “You’re Gonna Love Me with Katie Maloney.” She promises to spill the tea about her life. Katie’s podcast will “open the eyes, the ears and the hears, of anyone who has judged or been judged (hopefully).” The VPR star plans to have important conversations with special guests.

Per The Blast, Katie Maloney-Schwartz started her own podcast. It’s already available on Spotify. It’s interesting timing considering Stassi’s podcast got her fired. Bravo fired both Stassi Schroeder and Kristen Doute after their former co-star Faith Stowers revealed how they treated her during filming. She accused them of calling the police on her in 2018 for a crime she did not commit.

Stassi lost endorsement deals due to the controversy. Without these endorsements, she couldn’t run her podcast. Vanderpump Rules fans also called on Bravo to fire Jax Taylor, Brittany Cartwright, and Lala Kent. An online petition made the rounds on social media. Bravo has yet to comment on the matter. But the firings are ongoing.

Meanwhile, Stassi Schroeder’s podcast disappeared from the internet. Her role on Vanderpump Rules wasn’t the only thing she lost after her racist comments emerged on social media. Various streaming platforms removed “Straight Up with Stassi” from their services, per Page Six. In a now-deleted episode from 2017, Stassi referred to the African American community as “them” while slamming the Black Lives Matter movement.

BUCKLE UP BITCHES!! We had so much fun touring this fall that we decided to take the show on the road and roll through 27 more cities this spring!! Tickets for The Bougie Bus Tour 2020 officially go on sale this Friday at 10am at stassischroeder.com/tour!!! Come hang with me, @thegoodthebadthebogie and @taylorstrecker and have a glass of wine… or five. #stassiaf

Radio.com released a statement earlier this month, saying, “We recently learned of racially charged and inappropriate actions by Stassi Schroeder during one of her previous projects. In light of this, Radio.com has made the decision to part ways with her. We take these matters very seriously and condemn these actions. ‘Straight Up with Stassi’ has been removed from our portfolio.”

Additionally, Apple Podcasts, Spotify, and Stitcher removed the podcast from their archives. Instead of “Straight Up with Stassi,” fans will see “You’re Gonna Love Me with Katie Maloney” on Spotify. Stassi launched her podcast on the heels of her success on Vanderpump Rules. The podcast was so successful that it led to the “Straight Up With Stassi LIVE” tour.

Will Katie’s podcast be similar to Stassi’s?

Stassi’s podcast made headlines for its controversial takes. Back in 2017, advertises dropped Stassi after her #MeToo comments on an episode titled, “Are we on a male witch hunt?” Stassi later apologized on Twitter, adding that she had “crossed a line.”

The podcast continued for three more years. But considering the Black Lives Matter protests following the death of George Floyd, past comments Stassi made resurfaced. Katie’s podcast may not be as controversial. As TV Shows Ace reported, she made a good point about the police prank that played out on Season 8 of Vanderpump Rules.

During the filming of VPR Season 8, Jax turned the big 4-0. Lala Kent’s fiancé, Randall Emmett, wanted to prank his friend as a gift. So, he hired some actors to arrest Tom Sandoval for “vandalism.” Most of the cast found it funny except for Katie. She felt that the prank was inappropriate because it displayed the white privilege of not having to worry about being arrested.

Amid of George Floyd’s death, many celebrities spoke out against racial injustice. Katie is one of the many VPR stars who post regularly about the protests. Fans took to Katie’s social media to comment about the on-air prank. Many of the comments read, “Katie told you so!”

Needless to say, she will make some interesting points. What are your thoughts on Katie Maloney-Schwartz starting her own podcast? Sound off below in the comments section.