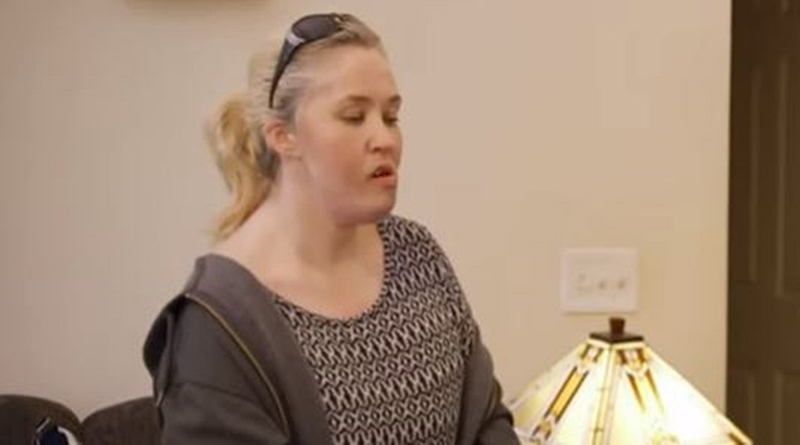 The new season took forever to feature June and fans grew irritated with that. But when she appeared and met Pumpkin, fans expressed their shock. Ragged, looking very under the weather, it became obvious that her drug habit’s through the roof. Many fans hate that she still hangs with Geno Doak, who they believe enables her drug habits. And, it’s not just a few grams she talks about. Her habit cost her around $2,500 day. June defends Geno and fans note she always talks about “we” when it comes to getting off drugs.

As one critic noted on Twitter, June’s addiction recovery doesn’t rely on Geno. “Only she can fight it.” June’s a mess and fans saw her in the previous season rejecting rehab. Plus, she talked about how she wanted to “kill” herself. Now she says something similar. People noted that June said, “I hated the person I was. And I wanted to kill that person I was, if that makes sense.” Notably, she said when talking about herself “while she was using drugs.” But Mama June fans seem convinced she still uses them.

What this country is facing right now and #MamaJune is trending… If it wasn’t evident before its glaringly obvious now we are beyond broken as a country!

Fans become angry with June and her drug use

For a long time, fans loved and encouraged June. But this season really irritates them. It trends every Friday on social media, though, so WEtv’s probably quite happy. Fans hate the person June became, possibly more than she hates herself. Over on Twitter, some critics slam WEtv for this sort of program while the world falls apart with coronavirus. Other things also unsettle them, like the protests by Black Lives Matter.

One Mama June critic wrote, “…and in the midst of it all #MamaJune is trending!” Fans simply don’t feel that the show deserves a classification of “entertainment” anymore. One person wrote, “#MamaJune is trending, and I don’t understand why…Exploitation of humans for profit.” But others seem just dead angry about June and her drug addiction. Certainly, the pain she caused her family gets a lot of empathy. But when it comes to June herself, it seems she’s no longer the reality TV “star” people fell in love with.

Of course I had to see why #MamaJune was trending. Never watched the show, but know who she is. Apparently she is addicted to crack/cocaine. And there is some woman named Jennifer on the that 97% of the fan base hates. Hopefully Alana and the other kids are Ok.

One ex-fan wrote, “Just throw the whole show away.” What do you think? Mama June hates herself and wants to kill the person she became. But fans saw that before. And, she won’t get rid of Geno. Do you think the show’s unsettling and no longer entertainment? Sound off in the comments below.