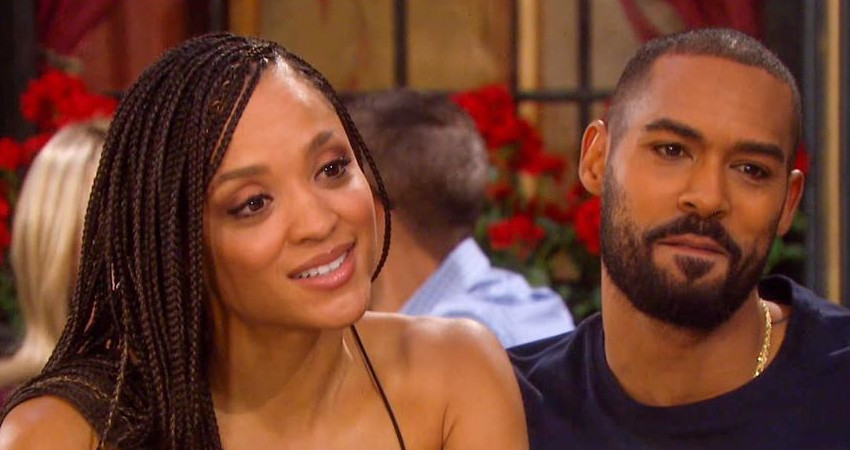 The first of Days of Our Lives’ four June weddings starts this week. Lani (Sal Stowers) and Eli (Lamon Archey) give the trip down the aisle another go. Meanwhile, Claire (Olivia Rose Keegan) continues to try to make amends to Ciara (Victoria Konefal.) Claire wants to stand by Ciara’s side as Maid of Honor for her upcoming wedding.

Ciara has reservations, which will seem confirmed later this week when her wedding dress is ruined.

But weddings aren’t the only thing DOOL has in store for fans this week. Sami (Alison Sweeney) and Lucas’ (Bryan Dattilo) daughter, Allie, has a serious case of SORAS with a side of pregnancy.

Allie (Lindsay Arnold) has made a decision about her baby after a chat with big brother Will (Chandler Massey.) She’s giving her baby up for adoption. She lets Lucas in on her plan.

Given that Allie has found an ally in Nicole (Arianne Zucker,) there is renewed tension between Nicole and Lucas. Meanwhile, Allie refuses to name the father of her baby. As veteran soap fans know, that means it’s likely the dad is someone in Salem or related to a Salemite.

There are several DOOL couples in the running to adopt Allie’s baby. First and foremost is Will and Sonny (Freddie Smith.) In the promo teaser, Zander (Paul Telfer) tells a shocked Sarah (Linsey Godfrey) that he can get a baby for her.

Given that Sonny and Will are leaving Salem soon, after the actors were let go, odds are likely that Allie will let her big bro raise her baby. But all that could change when Sami returns to town later this summer.

The first of four June weddings on DOOL is Eli and Lani giving a wedding another try. As fans know, Gabi (Camila Banus) blackmailed Lani into leaving Eli at the altar during their last attempt at a wedding.

While Lani isn’t being blackmailed this go-round, she appears to have a stalker. But no worries – spoilers say it’s her BFF, Kristen (Stacy Haiduk) returning to town for the wedding.

Speaking of returns, Daytime Confidential reports that former DOOL actress Marci Miller is heading back to Salem. She’ll reprise her role as Abigail. She left the show in 2018 when the soap brought back fan-favorite Kate Mansi in the role.

However, Kate chose to leave again earlier this month to plan her real-life wedding. She’s also focusing on her budding directing career.