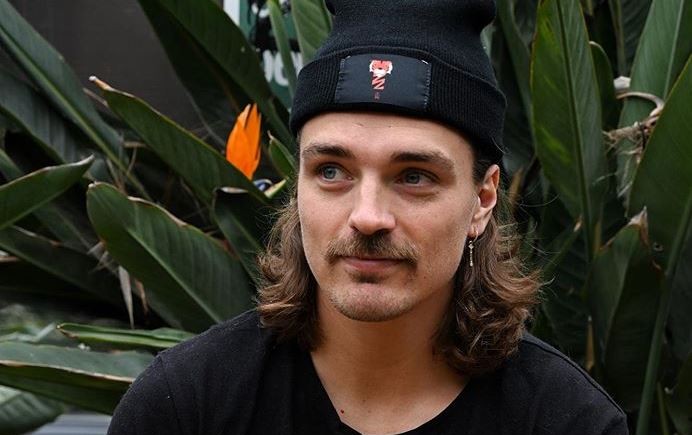 Bachelor in Paradise alum Dean Unglert has had a busy week. First, he let Caelynn Miller-Keyes shave his head. Then, he got his dirt bike stolen from somewhere near Caelynn’s apartment. He lost his pretty long locks of hair and a dirt bike all in the same week. However, there may be a happy ending to it all.

Dean went to Instagram stories to share all the details about what went down with his dirt bike. The dirt bike was being stored in a parking garage near Caelynn’s apartment. A surveillance video caught the entire theft on camera.

The video shows the theft occurred at approximately 4 a.m. It can clearly be seen that somebody walks into the garage, goes over to the bike and proceeds to take it. Obviously Dean called the police and reported the stolen bike.

It’s frustrating when people take what isn’t theirs. However, this story has a happy ending. Dean was happy to report in the video that the investigator found it. The end of the video shows a happy Dean with his blue bike strapped to the back of the van. He said they found it! He’s lucky, most thefts end in disaster, destruction or never finding the stolen property.

He let Caelynn shave his head

In the video, Dean is wearing a hat but fans can clearly see his hair is gone.  They shared the whole process of shaving his head on social media. While it may have been hard to part with his pretty locks, it was all for a good cause.

Dean had promised fans if they raised $50,000 for Campaign Zero he would shave his hair. He actually never thought the goal could be reached. It was and he held up his end of the deal.

He admits he was sad to part with his hair he loved so much. Dean said he never should have put that part in the donation request. But, he did it. The long locks of hair are history.

Happy one year anniversary of the day you dumped me 😘

Dean and Caelynn celebrated their breakup

This week Dean and Caelynn also celebrated the day they broke up a year ago. Caelynn went to Instagram to share an adorable photo of them. She said, “Happy one year anniversary of the day you dumped me 😘.”

Dean replied, “looking forward to the next 5 days of self reflection and introspection before returning together. as is tradition.”

While recently there was speculation they were having issues, they proved everyone wrong. They are obviously very much together and very much in love.