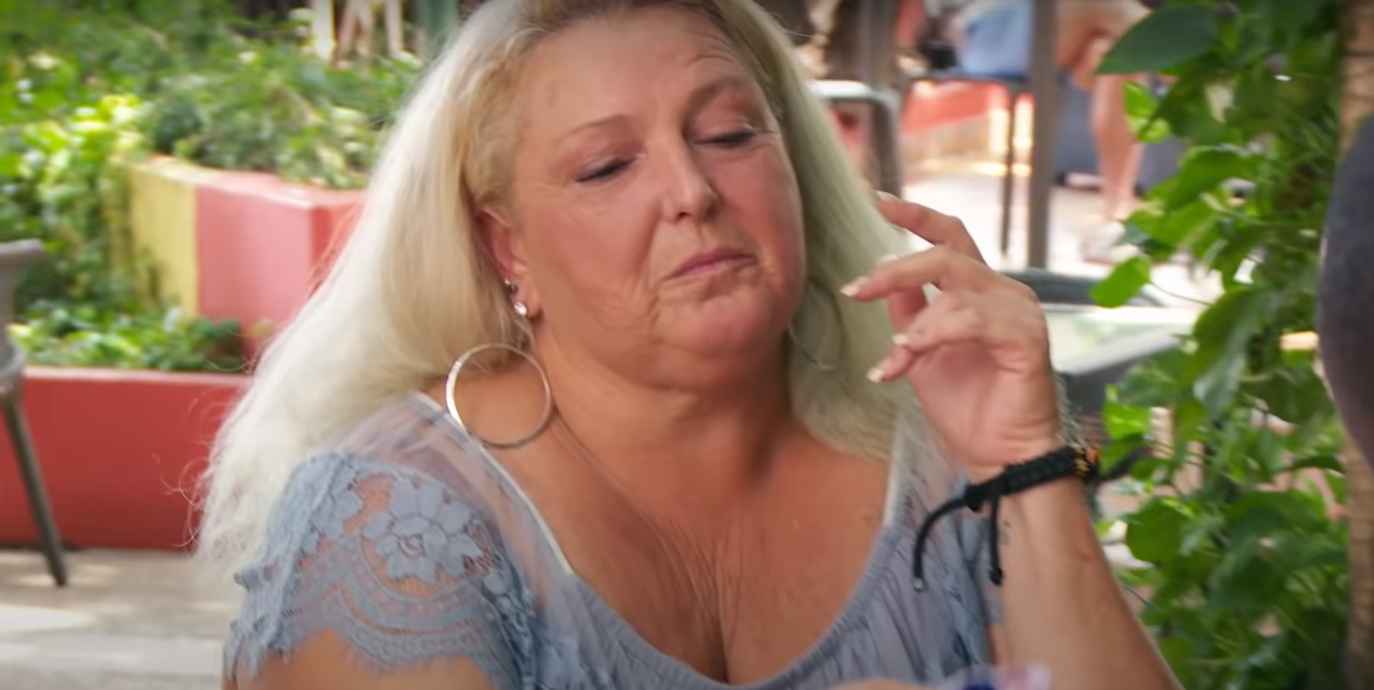 As reported by Entertainment Tonight, fans have started comparing 90 Day Fiancé star Angela Deem to fellow star, Lisa Hamme. It seems Angela doesn’t want to know anything about it.

True, there are comparisons. Both women are older, blond American women involved with much younger Nigerian men. Angela, 54, is engaged to Michael Ilesanmi, 31. Lisa Hamme, 53, has gone so far as to marry Usman Umar, 30.

Admittedly, both women have been accused by fans of treating their partners badly. In Deem’s case, she smashes a cake into Michael’s face while they are arguing. Lisa goes a step further by calling Usman the N-word.

While there are close similarities, Angela told Melicia Johnson of Entertainment Tonight she is in a league of her own. Deem says there is no comparison and all she can say is, there’s only one Angela.

Not how long, but how well you have lived is the main thing.🤗🥰😘 #Tb last year BC (Before Corona) . #tlc #90dayfiance

Speaking of Lisa’s relationship with Usman, Angela says she feels sorry for her. Throughout the recent season of 90 Day Fiancé: Before the 90 Days, Umar has been accused by fans of using Lisa. He really wants to get a green card and move to America. Umar, who goes under the stage name Sojaboy, has regularly expressed his interest in becoming a rapper in America. Meanwhile, Deem says she and her fiancé Michael don’t particularly like Usman.

In the interview, the 90 Day Fiancé reality star says she feels really bad for Lisa. She says with “all due respect,” she wouldn’t put up with Umar for “one damn minute.” Angela says she doesn’t like to cut anyone down. However, she believes Usman knows exactly what he is doing. This is because Umar hasn’t fooled
Deem’s fiancé Michael at all.

Angela says her personal feelings about Lisa have nothing to do with it. However, she believes Hamme does deserve to be treated with respect. This is particularly so relating to Usman’s recent comments about having multiple wives. He wants this if Lisa is unable to have children due to her age. Nigeria is a Muslim country and polygamy is a legal and common practice there. However, Angela says there is no way she is going to allow this in her own relationship.

90 Day Fiancé: Happily Ever After stars want a baby

As fans have seen on 90 Day Fiancé: Happily Ever After, Deem is trying to have a baby with Michael. Again, like Lisa, there is a problem due to her age. She is far more likely to go through menopause than become pregnant.

Angela and Michael approached her daughter to find out if she would be willing to donate an egg. This could then be used to give Angela a baby. However, her daughter refuses to do so. Since that time, Deem has been visiting fertility specialists. One of these specialists has told Deem it is difficult as she has only one remaining egg.

The big problem in the pair’s failing attempts to have children is that Michael might be pressured by his mother. Like most mothers, she is hoping to have grandchildren soon.

Watch 90 Day Fiancé: Happily Ever After on TLC on Sundays at 8 pm.