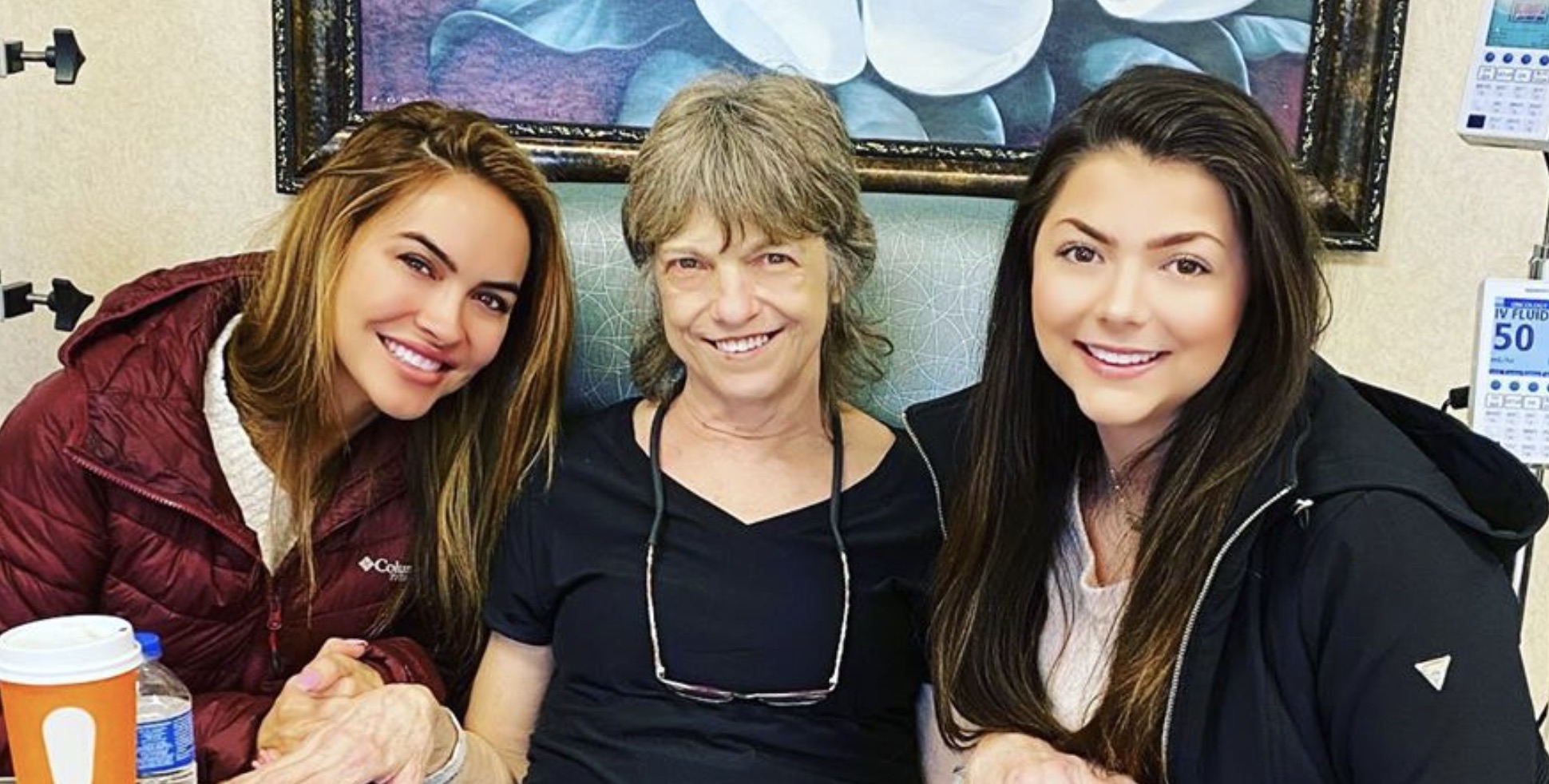 Selling Sunset star Chrishell Stause shared a cute video of her mom trying out a glam wig. Her mom has lost all of her hair due to cancer treatments. But, as Chrishell’s video proves, her mom has a lot of soap star pizzazz, as she recites a classic soap line while wearing a very glamorous wig.

Chrishell Stause is a positive-minded woman who clearly loves her mom and her family. In the video she shared on Instagram, she glammed up her mom with a wig she wore at the American Music Awards long ago. Her mom has been battling lung cancer since her February. Now, she has lost all of her hair.

Subsequently, her glamorous daughter wants to make mama look red carpet ready. In an Instagram video, Chrishell instructs her mom what to say and how to act in her best soap opera style! She instructs her mom to say “You B****!” and wave her hair. Her mom does it with a lot of pizzazz! She is ready for her walk-on soap role now!

Chrishell wrote: “So I wore this wig many years ago to the American Music Awards just for fun to change it up. But now since my mom has lost her hair from cancer treatment, I felt like what better time to dust it off and have a little fun?? Here’s me teaching my mom to give a good soap turn-hair flip.”

And fun they had! Chrishell loves her mom and wants to help make her life better. It has only been a few months since she was diagnosed.

So I wore this wig many years ago to the American Music Awards just for fun to change it up. But now since my mom has lost her hair from cancer treatment, I felt like what better time to dust it off and have a little fun?? Here’s me teaching my mom to give a good soap turn-hair flip. #readyformycloseup #likemotherlikedaughter #youbitch #gotitfrommymomma #positivityforyourfeed

Back in early February, Chrishell shared that her mom had lung cancer. This is the very same cancer that took her father on Easter, 2019. On February 4, 2020, Chrishell Stause found out her mom’s diagnosis. Attached with the revelation was the tragic prediction that her mom would only live one or two months.

Just a week later, Stause posted on Instagram a photo of herself, along with her mom and sister. She wrote about “staying positive and laughing,” as her mom received her treatment. All had huge smiles on their faces. In that post, they all thanked fans for their “prayers and well wishes.”

Then, a month later, Chrishell Stause could not visit her mom, due to the coronavirus quarantine. The Stause family is a good example of what many families are going through. They only could talk through the internet or by phone.

But, on May 10, Mother’s Day, Chrishell revealed that her mom had successfully gone through her first round of chemo. Her mom had already beaten the odds. She had survived three months, outliving doctor’s predictions!

Now, she can spend time with her mom and doll her up and take good care of her, at her Kentucky home. Chrishell knows how to brighten everyone’s day!

The Selling Sunset star also revealed that she is a Stand Up To Cancer ambassador. She is certainly a role model of how to keep positive during one of the most difficult times in life.

Chrishell Stause has shown fans that despite some of the most adverse circumstances, she still stays positive and continues to live her life gracefully. On Easter 2019, she lost her father to lung cancer. Then, right before Thanksgiving, her husband Justin Hartley served her divorce papers, blindsiding her. She has moved out of their home and now faces her beloved mother’s cancer battle.

Are you inspired by Chrishell’s positivity? This is one of the reasons why the actress and real estate agent has earned so many devoted fans. Be sure to catch Selling Sunset Season 3, premiering on Netflix August 7.