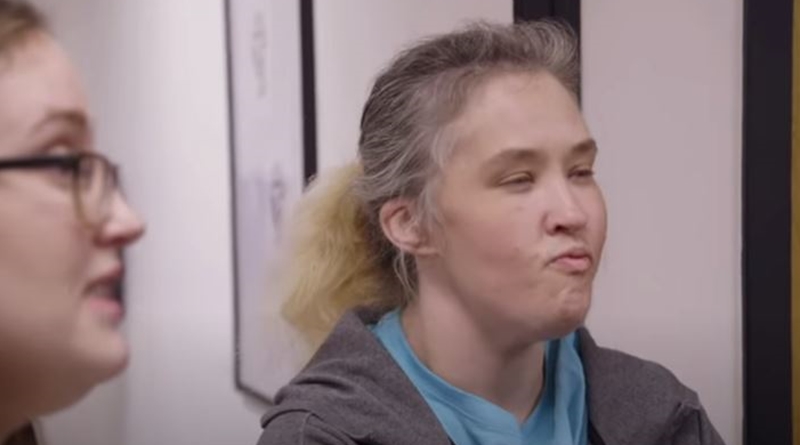 Mama June took Instagram and invited all those who “spew hate” on her Instagram to please carry on. That seems a bit odd. But, the reason she did that seems to be so she can identify those people and block them. Apparently she spent a whole morning just doing that. But in fairness to her followers, they see some rather shocking things going down on WEtv’s Mama June: Family Crisis.

When fans tune in and watch the show on WEtv, they see a message about addiction and how it destroys the family. Well, this season, fans see teenager Honey Boo Boo in distress. It’s not easy for them when they see her share on Instagram about how she missed her mom. They hate seeing the young girl cry in therapy. Possibly, a lot of the hate that goes Junes way comes because of how her actions affect her youngest daughter.

In Mama June: Family Crisis, people see a woman they barely recognise since her fall from glory. Recall, at one stage June was the glittering star who conquered obesity and featured on major news stations. They can even forgive her for becoming an addict. After all, these things happen. But they can’t get over her estrangement from her daughters. Over the past year so, media like TMZ reported that June sold her home and took off with her boyfriend Geno. She got spotted in casinos, and reports came about domestic violence. Drug use seemed behind a lot of it.

Fans heard that June looked worse for wear. Well, they saw that a few episodes back when she finally met Pumpkin. She failed her pee-test for cocaine. And, she admitted to taking cocktails of drugs. In fact, she told Pumpkin she sold the house as her $2,500 a day drug habit cleaned out her bank account. But fans angrily noted that she defended Geno Doak.

Many fans blame Geno Doak for enabling June. Many of them think that until she dumps him, rehab won’t help her. On Instagram, she gets lots of critics about keeping Geno in her life. Loyal fans often tell critics to back off and rather fill her page with positive things. Well, it seems Mama June reached the same conclusion. Her latest post read, “Good morning ☀️ Living the healthy life and loving it! **Please spew hate in my comments so I can get rid of all the bad seeds!!” Mama June said that just “one negative comment will get you blocked.”

June seems fed up with critics. She said, “I only want positive people on my page.” Plus, she noted she’s, “been blocking people all morning from yesterday’s post.” Lots of people said positive things. But, they still find a way to air their concerns. One person wrote, “Pray all is well for you & your girls 🙏🙏 everyone needs their mama.”

Good morning ☀️ Living the healthy life and loving it! **Please spew hate in my comments so I can get rid of all the bad seeds!! One negative comment will get you blocked. I only want positive people on my page. Been blocking people all morning from yesterday’s post. 📸: @themegaagency

What do you think about Mama June inviting people to “spew hate” on her page so she can block them? Sound off in the comments below.