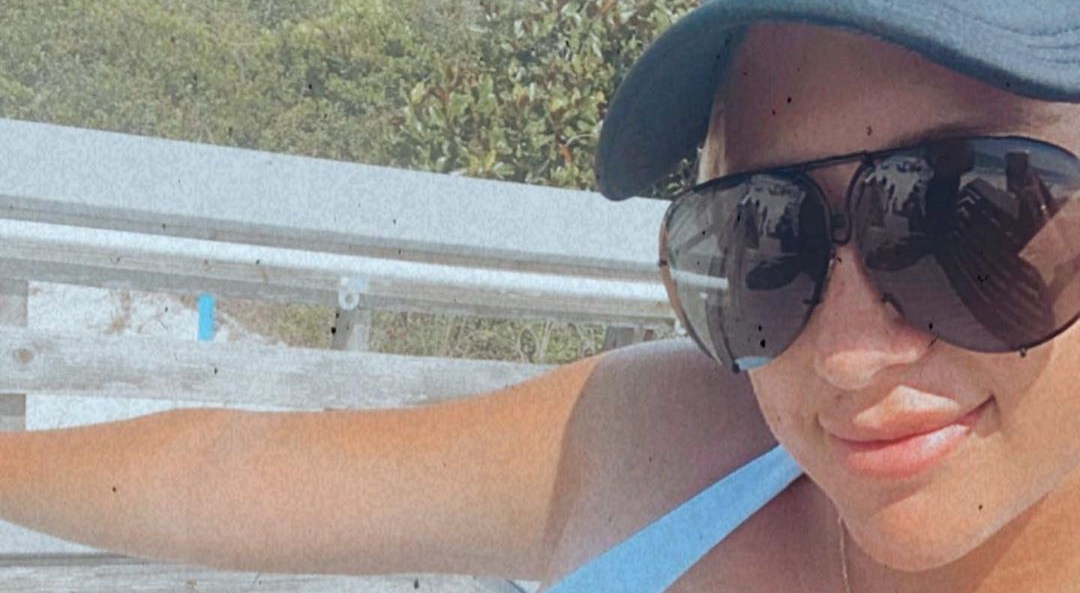 Todd Chrisley recently shared a beautiful photo of himself and his daughter Savannah.

Clearly that of a photo shoot, the photo features Todd and Savannah with their palms up and their hands out. They have their lips pursed as they look to be blowing kisses at the camera. Savannah has her hand resting on her jacket with her elbow bent. Todd has his spare arm wrapped around his daughter’s neck and shoulder.

The father and daughter duo are rocking super snug jeans and seriously shinny shoes. Todd has a pretty serious expression on his face. Savannah, on the other hand, looks as if she’s trying to hold back a smile.

The background behind the reality TV duo suggests Todd and Savannah Chrisley are participating in some sort of photo shoot. With the new season of the series less than a month away… It is possible the photo shoot was from the show itself. The Chrisley father and daughter pair certainly looked fabulous as they worked the camera.

The latest episode of Chrisley Confessions is out NOW!! A Bought Lesson, All of the Baggage, and Living Your Life For You! I am joined by Savannah to talk about the pressure of growing up Chrisley, making mistakes, and the power of therapy. Plus some insight into that Chrisley Knows Best teaser clip, and an update on the Georgia Department of Revenue. #chrisleyconfessions

Does Savannah Chrisley look a little too tan in the photo?

Now, after examining the photo for a while… Savannah Chrisley’s skin tone does start to look a little orange in color. This, unfortunately, tends to happen to someone who does an excessive amount of tanning. It, however, goes without saying that it also could have been a combination of her makeup, the vibrant pink jacket, her natural skin tone, and the lighting.

One individual in the comments, however, couldn’t stop themselves from calling attention to her skin color.

“She needs to lay off the tanning cream,” the individual suggested.

Todd and Savannah Chrisley have a very large following. And, they do not take too kindly to trolls. So, it wasn’t long before this comment was flooded with responses. Responses that were not happy. Here’s some of what her followers had to say in response:

Other’s opted to fire back. They noted they could attack the individual in the same manner. They proceeded to suggest it wouldn’t even be hard. While Savannah is no stranger to respond to trolls on her own. She did not appear to give this troll the time of a day.

Unfortunately, this isn’t the first time her followers took issue with her tanning.

A week ago, Savannah Chrisley shared a photo of herself. She was on her knees on a bed. She rocked a pair of short tattered denim shorts. And, a white tank top. She had a huge smile on her face. She placed her hands on her hips in a Superman pose.

While she certainly looked great in the photo, some took issue with her skin tone. They called her out on her tanning once more. They noted that she looked several shades dark than she actually was in the photo.

“As we drive along this road called life, occasionally a gal will find herself a little a lost. And when that happens, I guess she has to let go of the coulda, shoulda, woulda, buckle up and just keep going.” ••••• GUESS WHO SAID THIS AND WHAT SHOW IT WAS SAID IN •••••😍

So, does Savannah Chrisley have a tanning or tanning cream problem? Some of her followers certainly seem to think so.