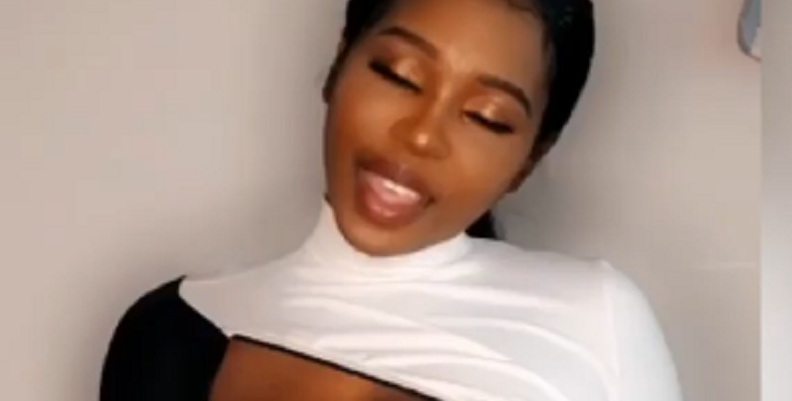 Now, Faith is the subject of cruel rumors. She had to set the record straight on one that was out of control. She’s also addressing the rumors of returning to Vanderpump Rules in the near future. She admits that she gained a lot more “respect” for the network, even during these times.

Per Reality Blurb, Faith Stowers spoke out against the “extremely fake” screenshots that surfaced on Instagram. She revealed that people would try to “discredit” her story about her former castmates.

The screenshots appeared on the Stand Up and Support Stassi page on Instagram. The series of shots showed Faith allegedly speaking to a friend about exposing Stassi and Kristen. The messages also showed her wondering if Lisa Vanderpump would allow her to return to the show.

Take a look at the screenshots that were just sent in to us! Was the podcast episode that aired years ago only brought up again so that Faith could try to get back on VPR? #justiceforstassi #standupandsupportstassi

In another fake message, Faith also appeared to want to drag Brittany Cartwright into the drama, although she didn’t know what to accuse her of. The screenshots immediately went viral on both Facebook and Instagram.

Faith claims that the messages are fake. In her statement on Friday, June 19, she said she wasn’t surprised that someone would go to great lengths to discredit her stories.

“I knew when I stood up to do the right thing people would do anything they could do to try and discredit me,” Faith explained. “They didn’t at least try to make it sound like me.”

Bravo fired Stassi and Kristen last week following their racist actions against Faith. There have also been calls to fire Jax Taylor and Brittany. Fans signed an online petition calling for the couple’s firing.

Does Faith Stowers want to return to Vanderpump Rules?

However, Faith Stowers made it clear that she would return to the series, especially after the firings. She expressed an interest in an exclusive interview with Us Weekly.

Faith previously revealed her frustrations with being on the show. In an Instagram Live chat, she shared her experience as the only Black cast member. She was disappointed that the reality series didn’t feature her military care. But she now has a newfound “respect” for the network.

Since the firings, Faith added that Lala Kent was the only one who reached out to her and apologized.

“She has told me she was sorry I had to go through this,” the Ex on the Beach alum said. “And told me that she wanted me to start over for a clean slate. I said, ‘Yes, I would love to do that as well.’ [Because] I actually know her and respect her, so that makes sense.”

Faith doesn’t just have an interest in returning to reality TV. She would also like to get involved with acting. Her goals are to work with either Lee Daniels or Ryan Murphy.

What are your thoughts on Faith Stowers making a return to Vanderpump Rules? Sound off below in the comments section.

‘General Hospital’ Spoilers: Is A Maxie Recast On The Way?
Ben & Jessa Seewald Reveal Baby Number Four’s Gender & Name
Wait, Are Amelia And Delilah Hamlin Extreme Sisters?!
Wait, What? Does Isabel Roloff Plan To Raise Her Baby In A Van?
Jinger & Jeremy Vuolo Net Worth 2021: How Do They Afford Living In LA?