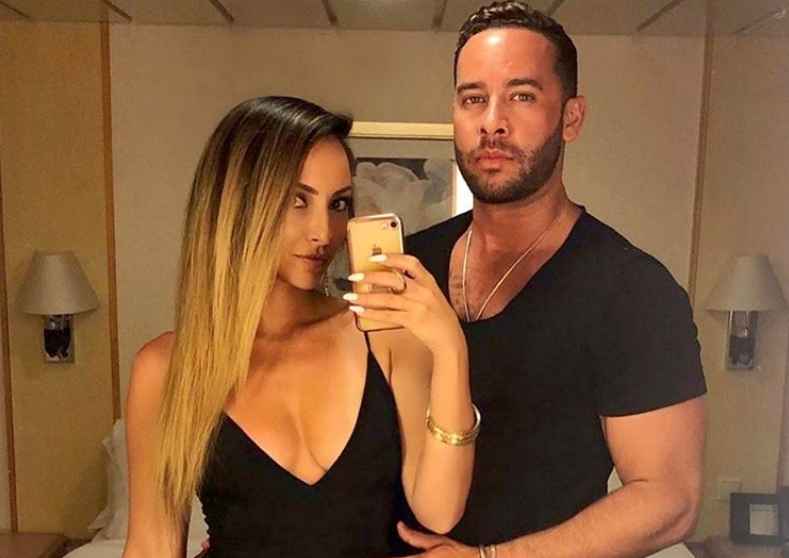 90 Day Fiancé star Jonathan Rivera is taking another chance at romance. He announced his engagement to girlfriend Janelle Miller on Instagram on Thursday, June 18. This marks one year since his split from fellow TLC reality star, Fernanda Flores.

Jonathan Rivera, 33, hit his private Instagram account on Thursday, June 18, to announce his engagement to his girlfriend, Janelle Miller. He posted an image of the happy couple, with Janelle showing off her engagement ring. Jonathan’s caption read, “Easiest decision I’ve ever made.”

In January 2019, Rivera confirmed his split from Fernanda Flores, 21. Speaking to Us Weekly at the time, Jonathan says he hasn’t spoken to Fernanda since December 11 last year. At that stage, he says he has a lot going on and in the middle of all the craziness, he is focusing on what is important.

At the time, Jonathan hints at the reason behind their split, while responding to an Instagram user. The fan wants to know why he didn’t spend New Year’s Eve together with Fernanda. Rivera says Fernanda is in Houston and that she wants to pursue a modeling career in Chicago.

Jonathan went on to write she had decided to leave and realized she couldn’t do it alone. Flores had said many things she couldn’t take back, which he wouldn’t mention. Rivera told the fan they would have to trust him when he tells them he was wishing Fernanda “good luck.”

Jonathan and Fernanda first met at a club in Mexico when he was on vacation there. Fernanda was 17 at the time and he was 30. It was pretty much love at first sight. Rivera proposed to Flores three months later and they wed in May 2018. Fans watched Rivera and Flores on Season 6 of 90 Day Fiancé.

Back in March, Fernanda reveals that she and Jonathan had finalized their divorce. She captioned a post on Instagram to say “Officially single!” Flores went on to write that by “forgiving and closing chapters,” your heart is then opened to more blessings to come your way. She went on to thank her followers, family and friends for their love and support along the way. Fernanda stressed that this isn’t a failure, it’s a win. She closed by writing how excited she is to see what God has planned for her.

As for Jonathan, in June 2019 he confirmed that he has “signed the divorce paperwork” and that he is now “moving on.” Later that same month, Rivera officially announced his new relationship with Janelle on Instagram. One year later, the pair is officially engaged. Here’s hoping Jonathan and Janelle have better luck than Rivera had with Fernanda.

TLC reality show fans can now keep up with the latest cast members on 90 Day Fiance: The Other Way on TLC, Mondays at 9/8c.