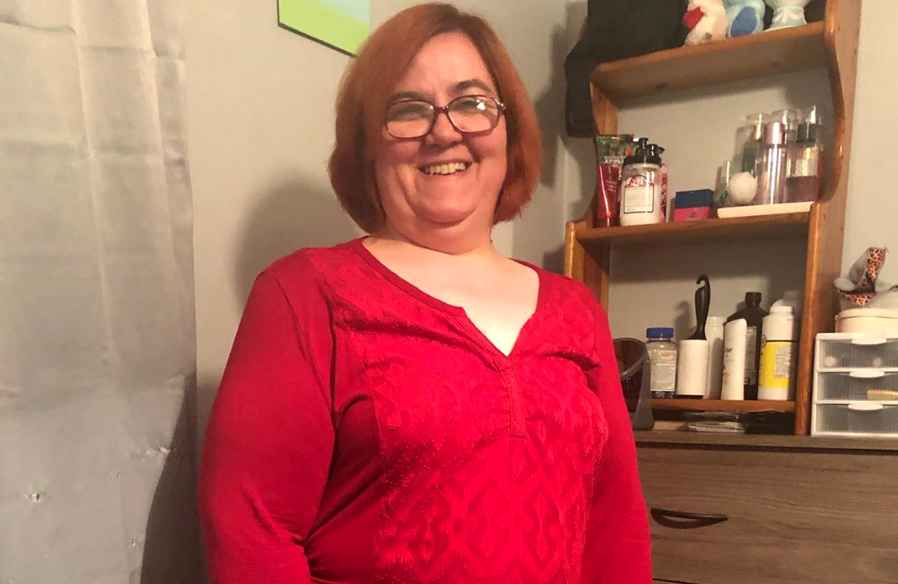 Danielle Jbali made her debut in Season 2 of 90 Day Fiancé: The Other Way alongside her now former husband, Mohamed Jbali. She has experienced the odd romance since she divorced Mohamed in 2017 but is now single and loving it. Danielle opened up on the Domenick Nati Show recently about her life.

Fans will remember Danielle Jbali and her romance with Mohamed Jbali. Their relationship definitely had its ups and downs, but in 2017 the pair officially divorced. While she was first seen in Season 2 of 90 Day Fiancé: The Other Way, she hasn’t been resting on her laurels, so to speak. She recently appeared on the limited spinoff series, 90 Day Fiancé: Self-Quarantined. On that show, she shared updates on her life since her split from Mohamed.

Danielle had an interview on the Domenick Nati Show on June 16 and opens up about aspects of her happy single life. She says she is not dating anyone right now. In fact, she says she is “just single” and hasn’t found anyone that interests her yet.

Domenick asked Danielle if she receives a lot of DMs to which she says, yes, she is receiving a lot. This is especially so with men living overseas. Jbali says a lot of them tell her they love her and want to marry her, but she’s not having any of that. Danielle says she won’t give any of these guys a chance as she’s “not interested in doing another visa process right now.” She admits if she got involved with anyone, it would be an American man this time.

Who has Danielle been seeing since her divorce?

Back in 2018, Jbali had opened up about a connection with a guy named Gabriel. She said despite all the drama, this was one good thing that happened to her. In fact, she says he reached out to her on Facebook and they were texting backward and forwards. They spoke while both going through their own breakups. According to Danielle, this helped both of them with their moving on process.

Later on, during an episode of 90 Day Fiancé: What Now? Danielle spoke about a man called Nelson. She said at the time she drove to Maryland to meet him. In February 2019, Jbali revealed her birthday plans to In Touch, which involved driving to Maryland to be with her boyfriend and meeting friends that live there.

Is the 90 Day Fiancé in touch with Mohamed?

On the April 20 episode of 90 Day Fiancé: Self-Quarantined, Danielle opened up to say she and Mohamed are friendly. In fact, they have “forgiven each other.” Later that same month, she confirmed there was no chance of reconciling with Mohamed.  At that time, Danielle said she is officially “done” with her ex-husband and she has moved on for good. Despite the fact the pair had problems in the past, her friends and family are OK about them being on good terms. Jbali says they don’t mind, because they know she is over the relationship.

Danielle certainly seems happy being single and independent following her divorce from Mohamed. Watch the interview on the Domenick Nati Show below.