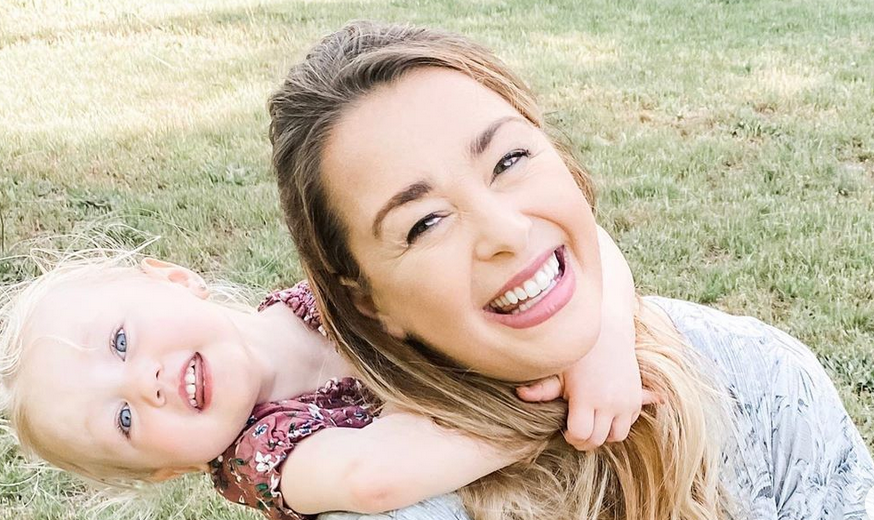 Jamie Otis and Doug Hehner welcomed their second child to the world recently. They named the baby boy Hendrix Douglas. Originally, they had picked out the name Hayes, but the couple changed their minds after his birth. He joins big sister Henley, who’s three years old.

When a child becomes an older sibling, people often ask how the kids get along with each other. Since Hendrix’s birth, plenty of Jamie’s social media followers are wondering about this. So, Jamie talked about it in an interview with Us Weekly. In the interview, Jamie says, “She is not so interested in him, to be very honest. She went away when I first had him. … Because it’s the first month, he sleeps most of the time. She’s like, ‘Oh, you’re so boring. …  Let’s hang out [in] another year when you start talking.’”

Even though Henley doesn’t want a lot to do with her little brother, Jamie Otis says that she does sometimes help out. The new mom of two says, “When he’s crying, she’ll go, ‘Oh, Mommy, baby’s crying. He needs a pacifier.’ And she’ll run over and grab the pacifier and give it to him. She counted all 10 [of his] toes over and over again.”

👏🏻Best👏🏻Birthday👏🏻 Ever!!!👏🏻I couldn’t ask for better gifts than the sweet little one I’m holding and the two big silly ones next to me!🥰⁣ ⁣ When I turned 33 I remember wondering if I’d ever get to be a mommy again. When I blew out my candles I wished for a healthy, viable pregnancy!🙏 We’d been trying to get pregnant *and keep the pregnancy* for SO LONG….⁣ ⁣ I wish I could’ve told myself that by September I’d be at the fertility doctor’s finding out I’m PREGNANT, by Christmas I’d know IT’S A BOY, and by my next birthday I’d be holding him in my arms…with his baby vomit on my chest – see the last pic!🤱🏻🤣🙏⁣ ⁣ Life is good!💗 34, I’m ready for you!🥂🎉⁣ ⁣ P.S. Doug surprised me with THE MOST THOUGHTFUL gifts for my bday! And they came in the TINIEST little box. Link in my bio to see my bday & the gifts I got from my hubby. Hint: One hangs out and the other I can’t hold but I can see! Any guesses?? 💙

Jamie Otis had a home birth

Jamie has been open about her home birth. She talked about it during her pregnancy and after she gave birth too. While she admits that it was painful, she seems to be glad that she went through with the home birth.

She and Doug ultimately decided a home birth was the best choice due to the coronavirus. They didn’t want to take the chance of Jamie or the baby getting the virus. Jamie did have to be tested for the virus prior to being approved to have a home birth. So, that was stressful for her. But after her test came back positive, she was set to have her baby at home.

The absolute hardest, but most MIRACULOUS & rewarding thing I’ve ever done is give birth to my baby unmedicated.🤰🏼👶🏼🌈⁣ ⁣ I felt every single last kick as he made his way down. I could feel his head engage after pushing, only to slide back up after the contraction was over. That “ring of fire” women talk about – yep, that is super real (see last pic)🤣🤪⁣ ⁣ Having an unmedicated home birth was INCREDIBLE. Not gonna life, it def hurt … but the BOND we had the moment I held him in my arms was worth every single contraction, tear & stitch!🤱🏻⁣ ⁣ We shared all about our birth story on episode 72 of @hotmarriagecoolparents (link in bio) and if you wanna watch, it airs tomorrow at 8pm EST on @lifetimetv. We will also be sharing a super raw YouTube video as soon as we get the time to edit it!💙⁣ ⁣ I’m kinda curious what you think about it – would you ever have an unmedicated home birth? Let me know if you want me to share more pics too!🤰🏼⁣ ⁣ Oh and one more thing – if you saw my stories & want to nominate yourself or someone else I’m shipping out care packages to pregnant/new mamas bc pregnancy during quarantine is ROUGH.🤪 I got a couple care packages while I was pregnant/post-partum and it really brightened my day so I want to pay it forward! All you have to do is tag your friend who’s pregnant/a new mom below. Please don’t DM though bc it’ll flood my inbox and then I’ll never see anyone’s message. 🥰⁣ ⁣ Sending lots of love to alllll the mamas reading this! No matter how you give birth, we are a tough bunch! 💪🏼 I had an epidural with Gracie and let me tell ya, that kinda pain relief is AMAZING🙌💗

Jamie and Doug documented the home birth. The birth will even be shown during the upcoming season of Married At First Sight: Couples Cam.

In addition to being open about her home birth, Jamie has also been sharing updates about her postpartum life. She says she’s taking it “one day at a time.” She’s staying positive but is being gentle with herself as she recovers.

Check back with TV Shows Ace for the latest updates on Jamie Otis and Doug Hehner.