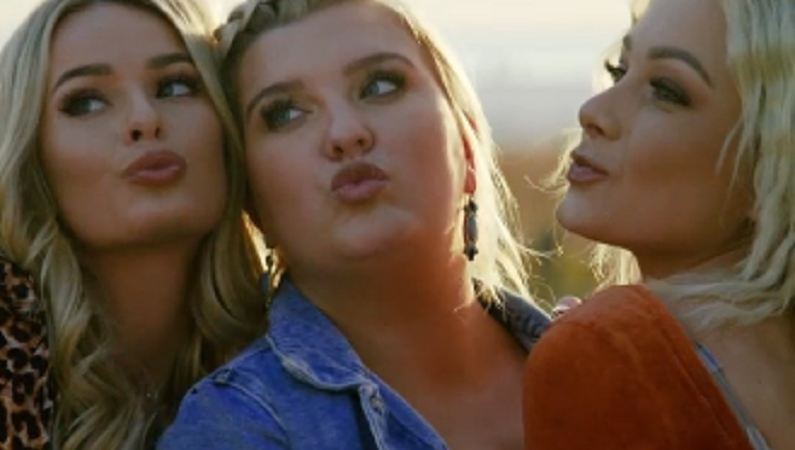 The Siesta Key cast spoke out about last week’s Vanderpump Rules firings. They weighed in on the cast shakeup amid the nationwide Black Lives Matter protests. Bravo fired VPR stars Stassi Schroeder and Kristen Doute for their racist actions against their former co-star, Faith Stowers.

In addition, Max Boyens and Brett Caprioni got the boot after their racist tweets came back to haunt them. Now, the Siesta Key crew is speaking out about the firings. They also revealed how to plan to have more diversity into their own cast. One look at the MTV show and it’s clear that there’s no diversity among the cast.

Siesta Key Chloe Trautman spoke to Entertainment Tonight’s Katie Krause. She revealed that she’s a huge fan of Vanderpump Rules. But she feels that Bravo made the right call in firing Stassi Schroeder and her fellow cast members.

“Stassi Schroeder used to be someone that I really looked up to and then I read her book and I think they definitely made the right call,” Trautman said. “Any network that wants to make an impact needs to hold people accountable for their actions.”

We stand united against racism and with #BlackLivesMatter

Trautman said that Schroeder’s book, Next Level Basic, revealed there’s “not a lot of depth” to the Bravo star.

“She owns that, but I think that’s the problem in this world right now and I’ll speak for girls – we’re so superficial,” Trautman explained. “We have to have to have designer things, designer bags and there’s nothing wrong with having nice things, but that’s not what life is about.”

However, Trautman is “very, very, very” sad about not getting to watch Schroeder’s wedding to Beau Clark on the series. Their relationship was inspirational to her own personal life.

MTV stars learn from the mistakes that the Bravo stars made

Meanwhile, her Siesta Key cast member, Garrett Miller, believes that the show should “100 percent” work on diversity. He wants to implement it, starting with his own friends. He found the movement “eye-opening” in making the cast “realize we are very white and privileged” and found the need for more people of color on their show.

Miller explained that he grew up with the black community and has “tons of black friends,” including his friend, Will. Per The Inquisitr, he feels that it’s important to be around people of different races. He also noted that he was raised to be aware of all ethnicities. Miller hopes that he will see more of his African American friends on the MTV series in the coming seasons.

Juliette Porter agrees with Miller. She feels that their cast needs more diversity. However, it’s located in a place where there’s not a lot of diversity.

“Everyone seems to be white and privileged here and that’s the reality of the situation,” Porter said. “But I am all for having a much more diverse show – I would love it.”

What are your thoughts? Do you think Siesta Key should promote more diversity? Sound off below in the comments section.