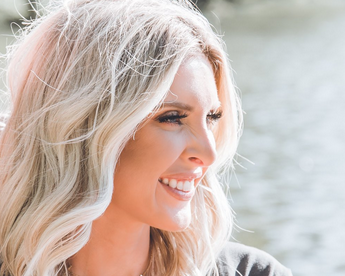 After she had one son, Jackson, Chrisley Knows Best star Lindsie Chrisley Campbell suffered a miscarriage. Since then, Lindsie has briefly mentioned wishing for another child. On an episode of Coffee Convos podcast with Teen Mom 2 star Kailyn Lowry, Lindsie brings up the topic of baby number two and confirms that she wants to start trying.

Lindsie Chrisley and her husband want to have another baby

Lindsie is an amazing mother to her son Jackson. She posts tons of pictures with him on Instagram and often says that she’s “proud to be his mama.” Lindsie and her husband Will Campbell want seven-year-old Jackson to have a little sibling. On the June 18 episode of Coffee Convos, Lindsie admitted that she and Will plan on trying to get pregnant “very soon.”

How 'bout that ride in? — The Hangover ⁣ ⁣ Happy release day! We missed our podcast community so much && we are so happy to be back! We hope your morning commute, afternoon commute, house chores, avoiding work in your cubicles, etc are better than ever. ⁣ ⁣ ⁣ (Please note that the first two releases were pre-recorded weeks ago & we will catch up on more current events in the coming weeks.) ⁣ ⁣ Kail came up with a fun game && she is giving away 3 coffee digital gift cards- ⁣ Post in your story & tag @coffeeconvospodcast ⁣ ⁣ – A photo of your most used mug ⁣ – A photo of your cutest mug ⁣ – A photo of your ugliest mug ⁣ ⁣ Comment on this post when you’re done! Winner will be announced next Thursday. ⁣ ⁣ ⁣ [obsessed with our art from @oldbirddesigngang they are offering $25 off to our listeners using coffeeconvos25] ⁣

Lindsie and Will have been talking about getting pregnant again for at least a year now. In an Instagram post in May 2019, Lindsie said, “‘Are you going to have another baby?’ That is the question that I get asked the most! The short answer is, maybe.” She continued by explaining that she often thinks about what it would be like to have another baby. At this time, Lindsie was using Modern Fertility to learn about her egg count and other fertility factors.

Lindsie Chrisley first spoke publicly about her miscarriage in November 2019. She hasn’t revealed any details about the miscarriage since.

Lindsie asked a medium for insight

Lindsie Chrisley has talked to two mediums about baby number two. Both of them have told her that she will be expecting a baby girl soon. So, Lindsie says that she will keep fans updated about whether this is true. Due to past experiences with mediums, Lindsie and Kailyn both trust them.

On a previous episode of Coffee Convos, Lindsie Chrisley and Kailyn Lowry spoke to Monica the Medium. In this episode, Monica accurately sensed that Lindsie had been through a miscarriage. Lindsie told Monica that she was correct. This was the first time that Lindsie talked about her miscarriage publicly. Then, Monica told Lindsie that it seems that she’s “back and forth” with the idea of trying for another baby.

Monica also predicted Kailyn’s pregnancy. She told Kailyn that she should expect a fourth child soon. She also said that it would be a boy. At this point, Kailyn didn’t know she was pregnant. She went home and took a pregnancy test, which came out positive. Furthermore, the baby turned out to be a boy.

Do you think that Lindsie Chrisley will have another baby soon? If so, do you think the mediums are correct in predicting that the baby will be a girl? Let us know in the comments and check TV Shows Ace for more updates.