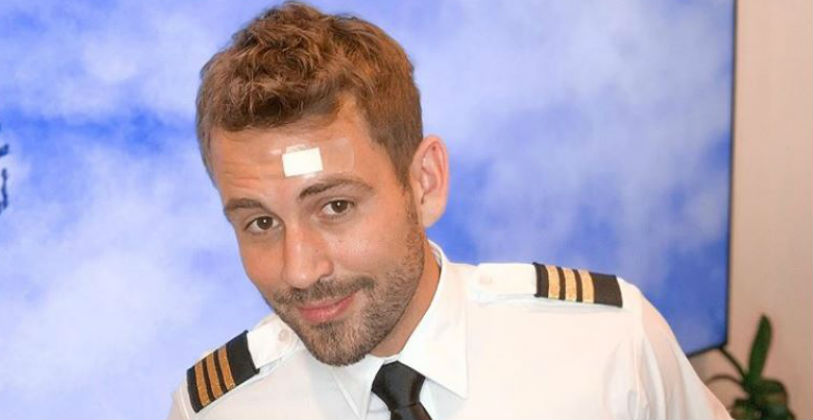 Rumors are swirling once again in Bachelor Nation. Reality Steve shared that a fan spotted former Bachelor Nick Viall out running with ex, Andi Dorfman. Nick made his franchise debut during Andi’s season of The Bachelorette. She broke his heart and the two were not friends for some time. Now, it looks as though their friendship is back on.

Woke up today feeling so amazed and grateful at what #andorfins has become and excited to tell you that so much more is still to come! But we need your help! ⁣ ⁣ COMMENT below on what you like, dislike and want to see more of! Challenges, recovery tips, gear, training plans, clothing, you name it, we’re going to do it! Leggggs go! Wearing @fabletics (of course) #andorfins #fableticsambassador #running #whyirun

Andi and Nick out running

US Weekly shared comments Nick said about himself and Andi. The two were seen yesterday out running in Santa Monica, California. This comes after Andi just made the big move from New York City last week.

The original fan post showed the back of Nick and Andi running near the beach. She captioned it, “THIS JUST IN. Nick Vial and Andi Dorfman Running Together in Santa Monica!!! Shooketh #bachelornation never sleeps. If 2020 wasn’t weird enough! Check out her insta story! Same outfit, but left out Nick. Hmmm🤔 …nick also revealed today that he’s dating someone, check my story for the screen record. Double hmmmmm 🤔.”

Today, Nick is speaking out about the new rumored romance. He went to Instagram to say, “Sorry for the buzz kill … not dating. Additionally, the only benefits that come from this friendship is conversation and running tips. Enjoy the day.”

A source shared with US Weekly that they have been friends for some time now. Andi admitted in the past that she and Nick would talk from time to time. She said there are no hard feelings.

THIS JUST IN. Nick Vial and Andi Dorfman Running Together in Santa Monica!!! Shooketh #bachelornation never sleeps. If 2020 wasn't weird enough! Check out her insta story! Same outfit, but left out Nick. Hmmm🤔 …nick also revealed today that he's dating someone, check my story for the screen record. Double hmmmmm 🤔

Think back in time and recall that Nick had admitted he and Andi slept together on national television. It was a huge deal that he admitted it. He doesn’t want to relive every awful season he has been hurt on. However,this week, fans already saw Kaitlyn Bristowe break his heart.

Back in March he said he is all for having all his seasons re-air but the whole story needs to be shared, not just Andi’s season. He went home that season with a broken heart. She chose Josh Murray as her final rose recipient. The two were together more than a year before calling it quits.

Andi and Nick were spotted together not too long after she joked on social media about texting her exes during quarantine. It’s not known if she really did it. However, she did share an empty screenshot of a group message to Nick and Chris Soules.

What do you think about Nick and Andi out running together? Stay tuned for more Bachelor news as it becomes available.