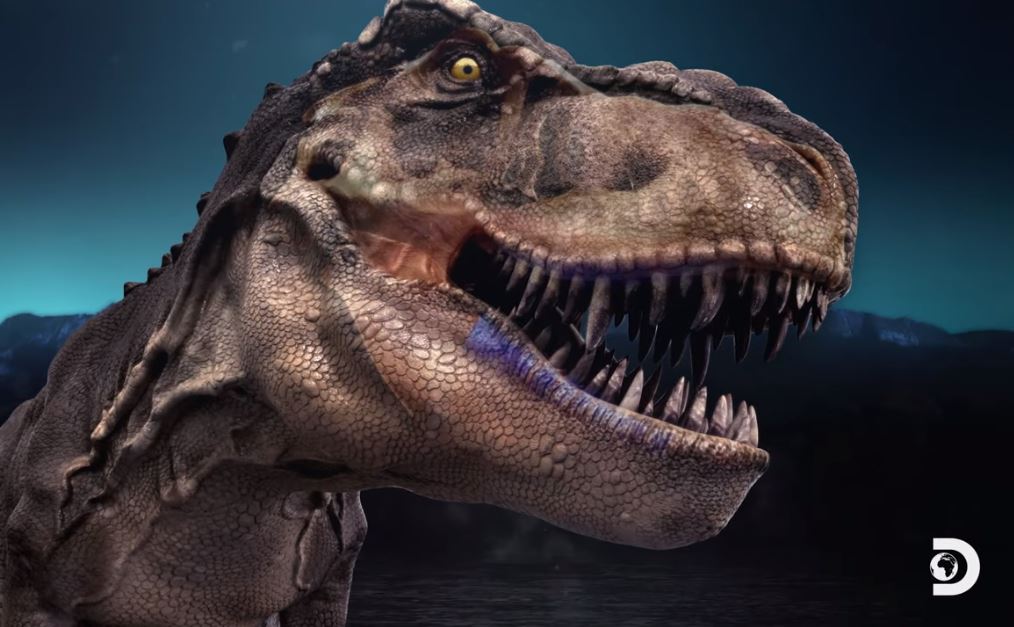 This Friday, Discovery Channel is calling all bonafide dinosaur-crazed kids and anyone obsessed with the giant beasts of the past to watch a new series. The new show Dino Hunters kicks off and its a heck of a ride.

Across the West, people who need to make a living off their land are finding there’s riches in ‘dem old bones… the hunt for prehistoric dinosaur fossils is a hot new career as the badlands of Wyoming, Montana and the Dakotas are filled with dino bones. And these hardworking American ranchers and cowboys are uncovering this treasure of ancient creatures and making really big money.

These valuable dinosaur bones are already on their land and these ranchers and cowboys are using their wits and work ethic to help save their livelihoods, and even do better financially than they ever dreamed.

Discovery Channel is there to take us to these bone fields, and gave TV Shows Ace an exclusive preview of a triceratops find. The video is embedded below.

The stakes to advance the understanding of prehistoric creatures are high and so is the possible payday as these fossils can be worth millions.
In the all new series Dino Hunters, cowboys and ranchers rely on their deep knowledge of the land to search for prehistoric dinosaur fossils – from T-Rexes and Triceratops to discovering a rare and disputed dinosaur species that might very well have scientific impact well beyond the tv series.

You will not want to miss this series, so please record it if you cannot watch in real time.

The opening of the clip sees a family of cowboys and their son Luke looking for a triceratops.  A tooth is found and it is deemed significant because it means the
skull —which is the most valuable part of the dinosaur—could be nearby.

The tooth  appears to be ripped down from below in the jaw as we learn that theropods shed and replaced their teeth constantly, just like sharks. But the root
of this tooth stayed in the jaw and was likely reabsorbed.

The remains of the animal look to be all around the dig site, as the team working on this think that there is a good chance there’s more the skeleton to be found.

They can see right away that the tooth that they found was a maxillary, more blade like those are more peg shaped.

About Dino Hunters, the series

The new Discovery series is a modern day gold rush of sorts, and brings these epic creatures back to life by using a combination of 3D modeling and Computer-Generated Imagery (CGI) to create X-ray visualizations of both the fossils and the dinosaurs.

In every episode the cast of characters uncover new fossil discoveries. But if they are unable to excavate the finds before the unforgiving badlands winter bears down, they risk losing the fossils to erosion, turning their potential fortune into unusable or unsellable dust.

These images reveal what the dinosaur looked like, how they moved, and other the key characteristics of the prehistoric giants.

Cast on the series

Clayton Phipps – Montana
A native rancher and featured in our TV Shows Ace exclusive, Phipps found his first dinosaur fossil in 2003. Only three years later, he unearthed what is considered one of the greatest fossil specimens ever discovered, the spectacular “Dueling Dinosaurs.” With deep roots in Montana, he is well connected to other ranchers who sit on fossil-rich badlands dating back 65 million years. Along with his 12 year-old son, Luke, and a small team of fossil experts, Clayton sets out every digging season with high hopes and has hit another fossil jackpot.

Mike Harris – Wyoming
A true cowboy and businessman who “just can’t slow up,” according to Discovery, Mike Harris has kept himself busy working since he was a kid. When he found a triceratops horn on his pastureland about 20 years ago, he realized there was more to ranching than cattle. In 2011, he found a T-Rex worth millions; its sale could pay off his ranch, and he is prospecting for another big dinosaur that could bring the payday he needs.

Jake Harris – Wyoming
Jake Harris has eight years as a teacher, but returned to the ranch to work alongside the person he admires most, his dad. More manpower expedites the cattle work, freeing up precious time to pursue what they love most—hunting for dinosaurs.

Aaron Bolan – Wyoming
Even though he studied criminal law, Aaron Bolan free time was spent prospecting for dinosaurs on his Uncle John’s Wyoming ranch. Five years ago, he moved to the ranch, using his forensic expertise to his passion for paleontology—but now he has to make sure it pays off. Aaron is one of the few
who’ve been struck twice by lightning.

Jared Hudson – South Dakota
Jared Hudson has been in the game since he was 16 years old, getting his start at a site known worldwide for its mammoth fossils. Inspired by the team that found the famous T-Rex, “Sue,” Jared found a South Dakota T-Rex of his own. Discovery notes that this was marred by a contract dispute with the landowner. The bad blood spread to neighboring ranches, cutting off access to his best dinosaur hunting grounds. With legal bills piling up and his revenue stream drying up, ts do or die time for him to find a major fossil.

Tune in and be amazed by the dinosaur bounty of the badlands in America: