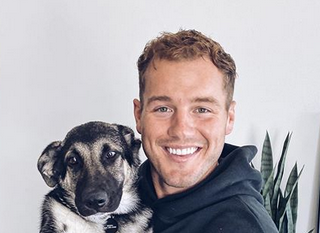 Social distancing guidelines forced several couples to move their wedding dates back. This led to heartbreak for many engaged couples hoping to get married soon. The Bachelor star Colton Underwood saw this as an opportunity to reach out to these couples and pay some of their wedding expenses. He worked with Duck Dynasty star Sadie Robertson and her husband Christian Huff to surprise the couples in a video chat. Colton shared the whole experience in an Instagram TV post.

Bachelor star Colton sets his surprise up as a game

Sadie and Christian started a video chat with two unsuspecting couples. The two couples were told that they were competing for a copy of Colton’s book, The First Time. However, they’d soon find out that they were each going to receive $2,500.

After each bride shared her romantic engagement story, Sadie explained the game. Then, she announced that a guest judge would be joining the call. Both brides were surprised and excited to see Colton pop up on the screen.

Sadie and Colton took turns asking the couples questions about their relationships. The goal of the game was to see which couple knows each other better. The game included questions like, “Who is a better driver?” Everyone wrote down their answers at the same time. If both the bride and the groom had the same answer, they would receive a point.

Colton breaks the news to the engaged couples

After several rounds, Colton finally announced, “Thank you so much for playing today, it was a close game! I know there’s supposed to be a winner and a loser, but you both are winners and I wanted to do something special.” The Bachelor star gave each bride a signed copy of his new book. He then told the couples that he was going to give them each $2,500.

The brides and grooms were shocked to hear about Colton’s generous gift. The Bachelor star told them, “I’m so excited that I got to join you guys today.” They all thanked Colton and signed off.

So fun teaming up with @legitsadierob and @christian_huff to surprise these couples. Watch until the very end for a surprise from @allsocialofficial

Colton and his ex-girlfriend Cassie Randolph ended their relationship in May 2020. The two were very close friends but just couldn’t make their relationship work. Colton announced their split in an Instagram post on May 29. He wrote, “Sometimes people are just meant to be friends – and that’s okay. We both have grown immensely and been through so much together – so this isn’t the end of our story, it’s the start of a whole new chapter for us.”

Despite their breakup, Colton and Cassie are still talking. They’ve made it clear that they want to remain friends. Perhaps Colton’s relationship with Cassie inspired him to give to the two engaged couples. While his own relationship didn’t work out, the Bachelor star wanted to help a few people who are in happy relationships.

What do you think about Colton’s gift to these two couples? Let us know in the comments.