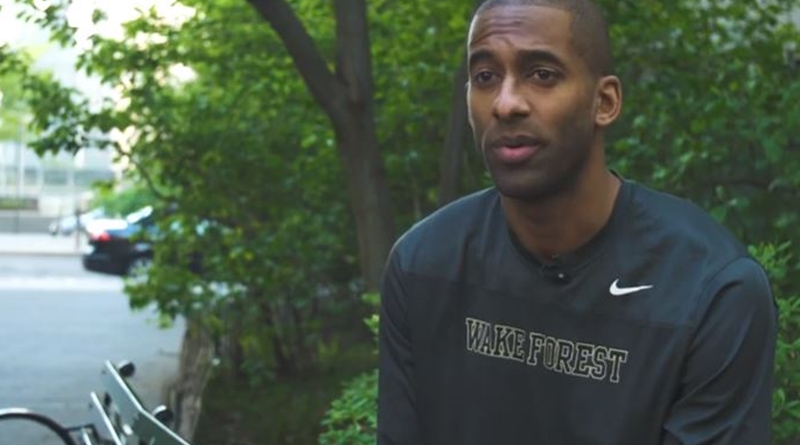 Bachelor fans reacted well to Matt James’ appointment as the first male back lead of the franchise. Rachel Lindsay seemed rather less than impressed and felt the execs didn’t go far enough. However, Kaitlyn and Jason think it’s way more than just a “Band-Aid.” From their perspective, he’s a great choice, even if it’s been a bit “late” coming.

Jason Tartick and Kaitlyn Bristow talked to ET‘s Lauren Zima about Matt James. The couple seems over the moon about Matt getting the job. And, they both felt very excited when he ended up as a contestant for Clare Crawley’s Bachelorette. Jason knows Matt James through Tyler Cameron. He met up with them and loved his outgoing personality. He described Matt as “down to earth, a good guy, smiling, bubbly. ”

Both of them think that ABC was slow to make some diversity changes but don’t seem to think Matt’s just a sort of political “Band-Aid.” Rachel Lindsay seemed rather certain that Matt’s just a “quick-fix.” The inference is that a hasty decision got made given the Back Lives Matter protests and calls for more diversity. In a way, some fans feel that attitude takes something away from Matt. After all, he already accumulated a good following for Crawley’s season. But Bachelor alum Kaitlyn Bristowe understands where Rachel’s coming from.

During her chat with Lauren, Kaitlyn explained that as a person of color, Rachel obviously feels the issues more deeply than others. As Kaitlyn said, “When something affects you personally, you’re going to be more outspoken on it.'” And, Rachel pushed for change for a long time. So, for her, Matt James’ appointment feels a bit like a “grand gesture to put it out there right now.”‘ When Rachel used the word “Bad-Aid,” Kailyn agrees that’s the perspective Rachel got because she’s “probably seen it before.”

Both Kaitlyn and Jason Tartick point out the changes on the show came “late.” However, they seem very grateful that now changes come, Matt James got chosen. They didn’t say it in as many words, but the inference is that they really hope fans of The Bachelor don’t just write Matt off as a “quick fix.” Jason seems particularly taken with Matt’s personality and “energy.” Hopefully, fans also fall in love with him for who he is rather than his race.

Like Rachel, they agree with more diversity behind the scenes

Rachel feels that trotting out a black person as the lead for the show looks a bit like window dressing. She hopes for much more diversity among the product crew as well. Jason definitely agrees with that. He seems excited at the concept of “a diverse crew.”

What do you think? Do you agree that Matt James sounds like a bright, bubbly, and energetic personality? Do you think he hit the high points of the Bachelor role? Sound off in the comments below.

Is This A Sign ‘Bringing Up Bates’ Will Be Canceled?
Kourtney Kardashian STUNS While Rocking Glow-In-The-Dark Bikini
‘Counting On’ Fans DRAG Jeremy Vuolo For Latest Video
‘Sweet Pecan Summer’ Is Part Of Hallmark’s Summer Nights Part 2
‘Y&R’ Spoilers: Sharon Blows Up Her Marriage – Gives In To Adam?