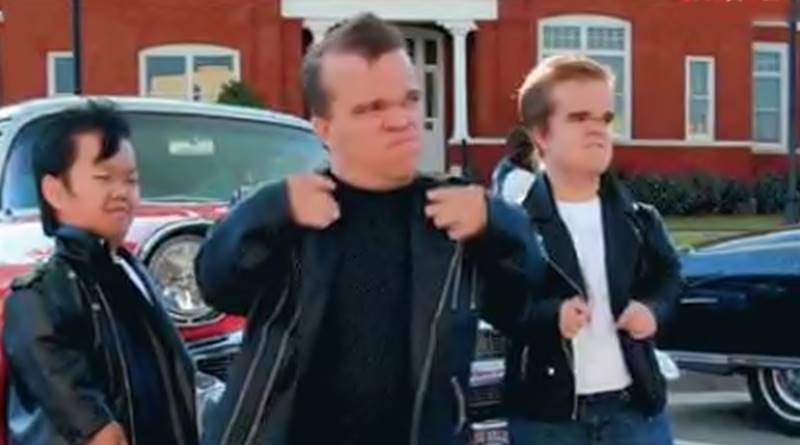 7 Little Johnstons Season 7 focused very much on the kids. Fans saw Anna at college, Elizabeth as a high school grad, and Jonah working on his school schedule. Of course, fans also saw Trent and Amber when they did their own Grease production at the town hall. Naturally, Alex and Emma also featured in the show. Are there enough storylines left for TLC to bring the show back for an eighth season?

7 Little Johnstons and the possibility of Season 8

The @Team7lj account on Instagram held a long Q&A with their fans this week. A few fans asked if the show returns for another season. But, shrug emojis and “don’t know,” seems all they can say right now. But other fans asked questions that indicate plenty of storylines remain. One fan asked if Jonah dates anyone. The answer seemed inconclusive. Plus, news emerged that Elizabeth plans on attending nursing school. Then Anna returns to college again and remains in the dorm.

Probably, more about Elizabeth interests fans in a future season. The 7 Little Johnstons came long after TLC’s Little People, Big World started. The show’s basically 7 Little Johnstons’ competition for a slot, as is The Little Couple. Matt Roloff seems uncertain about a longterm future for LPBW and even suggested spinoffs might come along. So, that could mean room for the Johnston family for some time to come. Bustle reminds readers that since 2015, fans followed Trent, Amber, and their kids. Two of them, Elizabeth and Jonah, are biological and the others were adopted.

Ratings count when it comes to new seasons

Naturally, TLC’s in it for business, rather than education. So, ratings matter a lot. In Season 7, the show did okay. Programming Insider noted that ratings went up for the show in June. They revealed that 3 Day+ and Live cable ratings showed:

So, with gains amongst certain demographics, there’s always scope for more from the 7 Little Johnstons. Bear in mind that Amber recently announced she changed careers. She starts teaching a computer class in the fall. Fans recall she previously sold real estate. With more than 700 kids to teach, some interesting footage could arise from that as well.

Fans already ask about another season of 7 Little Johnstons

Over on Instagram, the family account shared a throwback photo on Tuesday. A fan asked about another season coming along. Once again, the answer read, ” we do not know.” That shook some followers, who now fear the worst.

However, TLC doesn’t always announce new shows straight after the season ends. Possibly, with the coronavirus, they now await the outcomes. The bottom line is that filming logistics might mean fans simply wait with patience for now.

Do you hope that 7 Little Johnstons returns with an eighth season? Sound off your thoughts in the comments below.