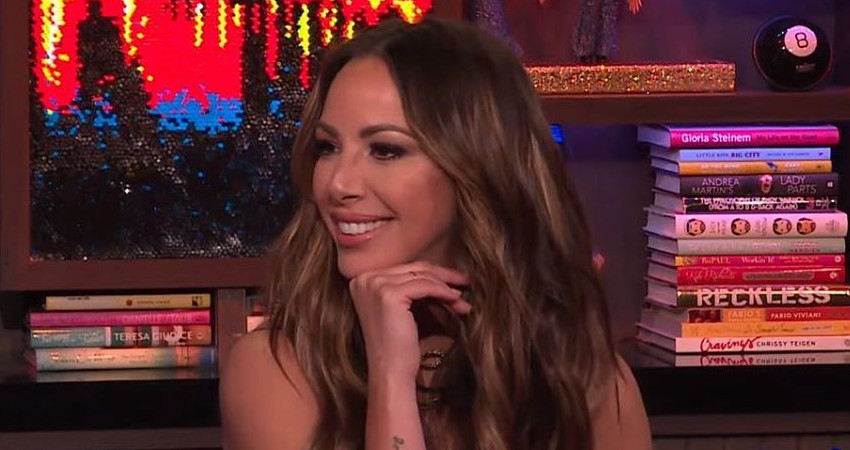 While Vanderpump Rules star Stassi Schroeder is taking the brunt of the backlash, Kristen Doute isn’t going unscathed. As fans know, Bravo let both stars go last week after it resurfaced that they once wrongly accused Faith Stowers of a crime.

The former friends were angry that Faith slept with Jax Taylor, hurting Brittany Cartwright in the process. As payback, Stassi and Kristen called in a tip pointing the police in Faith’s direction for a robbery she didn’t commit.

After a week of public outrage not dying down, Bravo took action, firing both Kristen and Stassi. VPR newbies Max Boyens and Brett Caprioni were also in the network’s crosshairs.

Last week, Bravo let the hammer down on stars Stassi Schroeder, Kristen Doute, Max Boyens and Brett Caprioni. Stassi and Kristen were let go over the above-mentioned phone call to the police. Resurfaced racist texts were behind Max and Brett’s exit after one season.

While they will no longer appear on VPR, Max and Brett’s future with Lisa Vanderpump’s restaurants is still up in the air.

Meanwhile, a pregnant Stassi lost her podcast, her PR team and agent, and several endorsements. The distribution team for her ‘Witches of WeHo’ wine will no longer stock the alcoholic drink.

Kristen and VPR’s Katie Maloney-Schwartz are co-founders of the wine brand. As far as fans know, Katie had no part in the phone call to the police or any other questionable behavior. She’s the last remaining member of ‘Witches of WeHo’ still under Bravo’s employ.

It may seem that Kristen got off easy. However, after numerous fans blasted the Chicago Press book publisher for promoting Kristen’s new book, they responded on Instagram.

Kristen’s book, He’s Making You Crazy, came out on June 2, before the sh*t hit the fan.

The former VPR star was planning on a book tour, which turned into a virtual book tour due to the coronavirus.

However, the publisher is now cancelling the virtual book tour and any other promotion regarding Kristen’s book. Essentially, her book is dead in the water, Us Weekly reports.

The book is still available for purchase, but it likely won’t be a best-seller like Stassi’s Next Level Basic.

Stassi recently confirmed that she is expecting a baby in 2021. Despite her VPR firing, fans are clamoring for a Stassi spin-off featuring her upcoming wedding to Beau Clark. The couple will tie the knot in late 2021 in Rome, Italy.

Tell us in the comments if you think Bravo or another network should pick up a Stassi-centric spin-off.

Vanderpump Rules is officially done for Season 8. Check back with us for updates on an upcoming Season 9, if Bravo chooses to continue the show.