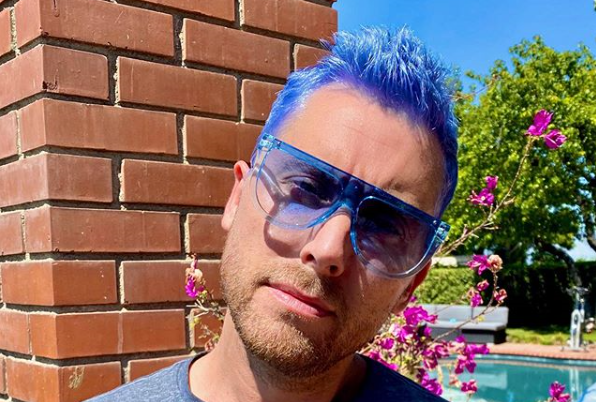 Lance Bass is an avid supporter of equality. His business relationship with Jax Taylor has come to an end after Jax’s behavior. Lance thought bringing him in as a partner with Just Add X, a high-end mixers company, would help him grow and move forward.

Lance officiated Jax Taylor’s marriage to Brittany Cartwright last June. A source said Lance feels disappointment because “he does have love for Jax and wanted him to do well.” He thought marrying Cartwright might evolve Jax. However, as this season has continued to play out, he saw that wasn’t the case.

Today is #NationalBurgerDay. The grill is fired up and so am I, because I’ve got the new @gardein Ultimate Plant-Based Burger. The look, smell and taste of meat are all here, even though this burger is meat-free! Whether you’re vegan, vegetarian or a flexitarian like me, your going to fall in love with this burger just like I did. #nationalburgerday #ad

As the new season of Vanderpump Rules continues, Lance Bass has been shown perhaps Jax hasn’t changed that much. Jax’s tweets have been resurfacing lately, putting him under fire. One especially problematic is the tweet that shows his involvement in the bullying of Faith Stowers.

Jax took to Twitter to post about Faith committing crimes right after his co-stars’ call to the police. Those co-stars have now lost their jobs. After that, another reality star from 90 Day Fiancé said he’d made racially insensitive comments about her husband.

According to US Weekly an insider said, “Jax is reverting back to his old ways — especially when he repeated his biphobic comments about a fellow cast member after already being told that what he said was very problematic” The source said Lance wanted Jax to prove everyone wrong about him.

Lance Said Jax Taylor Should Lose His Role Too

Bass made statements about his relationship with Jax on his podcast. He said, “we can’t be involved and associated with any of this going down.” Lance Bass doesn’t think Jax is long for the reality television show that recently cut ties with four of their stars. Stassi Schroeder, Kristen Doute, Max Boyens, and Brett Caprioni are all off the show.

Lance thinks Jax is going to be next saying, “he will lose out. I do not see Bravo keeping him.” He thinks Jax will be let go soon. On top of these comments from Lance, many fans have called for Jax Taylor’s elimination from Vanderpump Rules. They allege he had just as much to do with calling the police on Faith Stowers as Stassi and Kristen did. To them it remains unclear why Jax get a pass so far.

Jax Taylor’s rep replied to these statements in which Bass said Jax would step down from the business. The rep said, “the statements from Lance on the podcast today are not only untrue but also extremely confusing and shocking.”

The rep went on to say Jax is still a partner and founder of Just Add X. The truth will come out, like it always does. Fans are just waiting for the other shoe to drop.