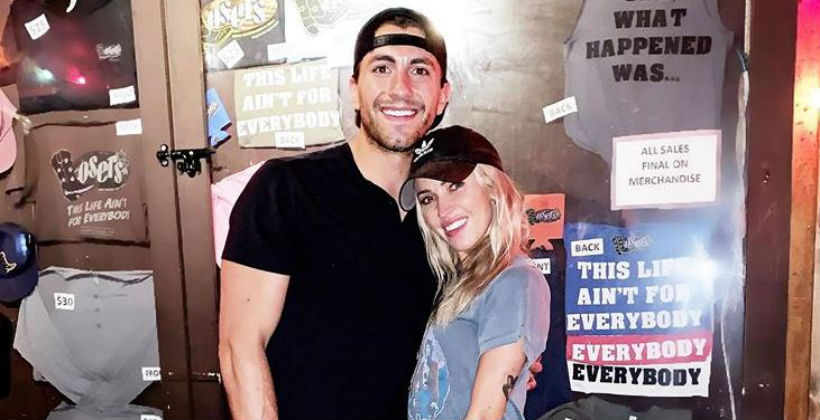 Former Bachelorette Kaitlyn Bristowe’s season aired Monday night. Fans got to relive her time with Shawn Booth and Nick Viall, along with the other guys from her season. While in the end things didn’t work out with any of those guys long term, Kaitlyn is now madly in love. She is dating fellow alum Jason Tartick. In fact, they are so serious they are checking out engagement rings. And, Jason says producers gave him the opportunity to propose to Kaitlyn on the air.

Jason could have proposed to Kaitlyn on the air

Entertainment Tonight shared details that Jason could have actually popped the question to Kaitlyn Monday night. However, after thinking it over for about a day, Jason declined the opportunity.

While he knows and appreciates part of their history together has everything to do with The Bachelor, he doesn’t think they have to continue on that path. He said, “We don’t need these stories to align in the same showing.”

Kaitlyn also confirmed she’s glad he turned it down. She wouldn’t want his proposal to be that way. She did admit she got nervous when host Chris Harrison told her he had a surprise. Kaitlyn even felt airpods in Jason’s pocket, but thought it could be a ring box. Of course everyone knows now Chris was informing Kaitlyn she was finally being cast on Dancing With the Stars.

While Jason has not proposed just yet, he and Kaitlyn have looked at engagement rings. She has already said she is glad he didn’t propose on the air and she also doesn’t want a quarantine proposal. Kaitlyn did say she wants a personal, private proposal, but definitely not one in quarantine.

The two are adorable together and fans can’t wait to see where their journey takes them. She actually went to Instagram a few days ago and shared a loving photo of herself with Jason. Kaitlyn said, “Out of all my proudest accomplishments, you’re my favorite one. It’s your fault I’m this happy!!” Jason responded, “I never thought I’d see the day I outranked the wine…holy smokes! 🤣 You’re just the best, love you ❤️.”

Congrats to Kaitlyn on her selection to finally be on DWTS.