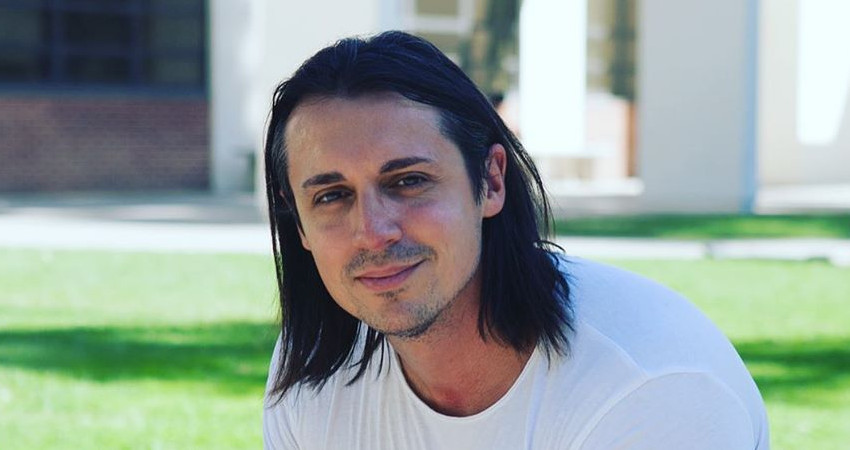 Count him in! Vanderpump Rules fringe cast member, Peter Madrigal,opens up about missing SUR and filming the show. He’s open to returning for another season. In fact, if VPR comes back, we could see more of the SUR manager.

Peter Madrigal has always been in the background of Vanderpump Rules. At the end of every reunion, Peter is there with a tray of shots. He’s on the guest list for every birthday celebration, especially one in Las Vegas. He has the boys’ backs when they cheat on their girlfriends.

The wannabe producer had a small part of the latest season of Vanderpump Rules. In the first episode, newbie Dayna Kathan denies his recollection of hooking up with her in a bathroom last season.

Dayna claims that she let Peter follow her to the bathroom to watch her pee.

In his scarce appearances on VPR, Peter usually ends up disappearing with one woman or another. However, throughout his time on the show, he’s never been in an exclusive relationship. He’s single, ready and willing to mingle.

The show has never addressed why Peter has never been upgraded to full-time cast member.

However, he tells Page Six that he’s open to showing more of his life if there’s a Season 9. His love life, to be exact. Not that he has much of one right now. Peter says,

But still, he would “definitely come back” if Bravo chooses to bring the show back for another season. Fans are skeptical of what a new season would look like without long-time VPR co-stars Kristen Doute and Stassi Schroeder.

Along with newbies Max Boyens and Brett Caprioni, they were fired last week for past racially insensitive behavior.

Peter Misses SUR, Even Working On His Birthday While Everyone Else Attends Pride

While Peter has been on VPR since Season 1, he’s actually worked at SUR for 12 years now. Page Six notes that the show usually films around this time of year. However, production is pushed back due to the coronavirus pandemic.

When typically filming in June, the show immortalizes Peter’s June 14 birthday. He tells the outlet that he’s usually working – a double, no less – while his co-stars are working the Pride parade float with Lisa Vanderpump.

However, Peter doesn’t mind working during Pride. In fact, he says it has “defined” many of his summers. He says that his birthday is usually on TV, planned by the show. But now he doesn’t know what to do for his birthday. Peter recounts,

“The best part of the [Pride] was getting cake shoved in my face. I think they got that, they put that on the show.”

He says that SUR hopes to reopen next month. SUR is one of his “favorite places in the world.”

With SUR closing for three months, Peter has a lot of time to focus on other ventures. He revealed on Instagram earlier this week that his app finally launched. The Celebrity Slots app features RHONJ stars Joe and Melissa Gorga, along with KUWTK alum Jonathan Cheban.

With this year’s VPR reunion held virtually, it’s unclear if Peter will make an appearance at the end as usual.

Part 3 of the Vanderpump Rules reunion airs tonight, June 16 on Bravo. It starts an hour earlier than its normal time, so check your local listings.