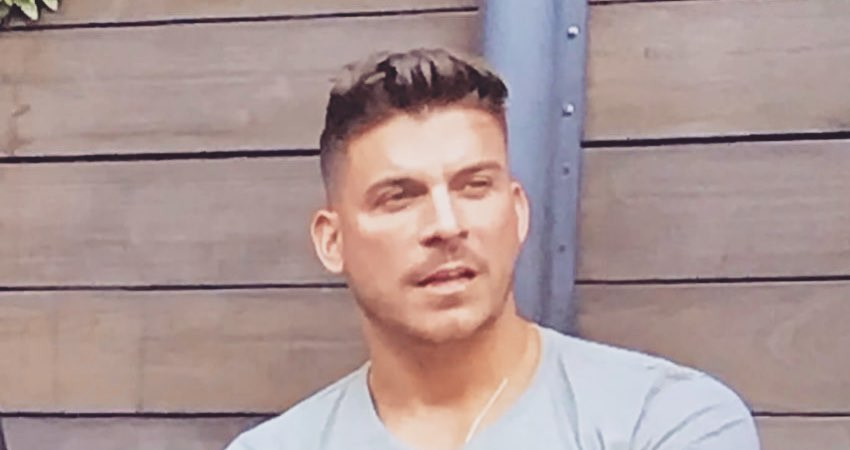 The clock is ticking! *NSYNC star Lance Bass thinks Jax Taylor’s time on Vanderpump Rules is running out. The former boy band member details his attempt at getting Jax to understand why certain types of comments are unacceptable.

In addition, Lance said earlier this week that Jax is ‘stepping away’ from their joint business venture. However, Jax strongly denies that claim through his PR rep.

Lance Bass Says He is No Longer in Business with Jax; Jax Denies This

Is the VPR star in denial or did Lance not explain clearly enough?

During his The Daily Popcast on Monday, June 15, Lance spoke out about Jax’s behavior. While condemning Jax’s racially insensitive behavior, Lance reveals that he is cutting business ties with Jax.

Last month, the reality star and former boy bander teamed up for a line of specialty drink mixers, Just Add X. (JAX, get it?)

The product quickly sold out. However, in light of a mass firing at Bravo, Lance is severing the business partnership.

The same kind of behavior that Lance admits Jax is guilty of.

Season 5, episode 3. People have been telling Jax for YEARS how to say things correctly and he’s ignored them. We’re passed the point of letting him apologize for making these mistakes over and over. #canceljaxtaylor #bravotv #bravo #vanderpumprules #vpr

While Lance thinks Jax is no longer his business partner, Jax thinks something else entirely. People reports that Jax’s rep denied that the VPR star was stepping away.

Rather, Jax’s rep reports that the website was hacked with slurs. Jax, in response to that, offered to step away. However, his offer was rejected, the rep says.

The rep also has an entirely different take on a phone conversation that went down between Lance and the VPR star.

Lance Says He Tried to Educate Jax on Why His Comments are Insensitive, Jax’s Rep Slams The Convo as ‘Totally False’

At another point in his podcast, Lance recounts his attempt to explain to Jax why a comment about a black man’s nose is racially insensitive. As fans know, 90 Day Fiance star Ashley Smith shared a screenshot of Jax commenting, “Wow. Your boyfriend’s nose is as big as his head.”

However, a seemingly innocent comment like that plays into racist stereotypes of black people. Lance says that when he tried to explain this to Jax, he didn’t get very far.

According to Lance, Jax said he didn’t “understand this big nose thing!” Lance reports that Jax then said, “Jewish people have big noses.”

Lance again tried to explain why that’s an unacceptable to joke about that. Jax “just could not see it.”

Jax’s rep says that conversation never happened. Furthermore, she claims she, and two other people, were on the call the entire time. She dismissed Lance’s claims by saying his interpretation of the call is “totally false.”

Not only does Lance plan to end his partnership with Jax, he feels Bravo will do the same. Lance predicts that Bravo won’t keep Jax on VPR much longer. In fact, Lance calls the predicated firing “draining the swamp.”

Tell us in the comments if you believe Lance’s story of Jax’s rep.

‘Temptation Island’: Are Kristen & Julian Married After The Show?
‘The Circle’: Chris Sapphire Gets Flirty With Savannah Palacio
Hallmark’s ‘Hearts Down Under’ Is Aussie Travel Romance
‘Return to Amish’ Sabrina & Jethro Have Special Family Moment
Plath Family Pays Tribute To Deceased Brother Joshua On His Birthday