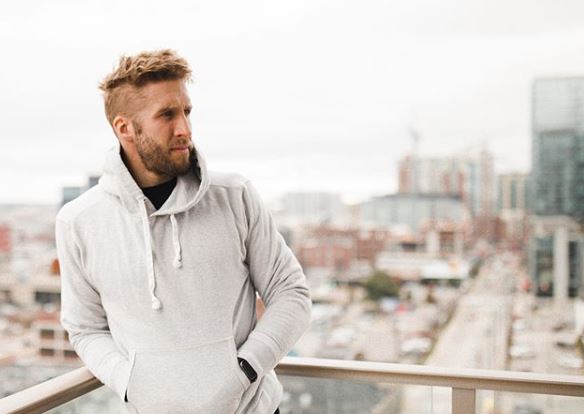 Shawn Booth of The Bachelorette just adopted a puppy named Walter. This couldn’t have been easy seeing he lost his best friend just a few months ago. Shawn went to his Instagram to share with fans and everyone can’t wait for more from the little guy. You know that he will be posting often. He always shared his dog Tucker with fans before he passed away.

Shawn adopted Walter and shared him with fans today. He even got his own Instagram, which is @walterboothdog if you want to follow it. It looks like the plans are already in order for adorable puppy pictures.

Fans know that Shawn loved his last dog Tucker. When he passed away, it was revealed that he died in Shawn’s arms, which could not have been easy on him. Tucker was Shawn’s dog for 11 years and was even close to his ex Kaitlyn Bristowe. When they split, she made it known that being away from him was hard on her.

Make sure you check out Shawn and Walter in the video he posted on Instagram, which is below.

Of course, it sounded like he was going to meet a girl. Fans quickly realized that it was his new dog. Shawn went on a plane to meet him and then brought him back from Salt Lake City, Utah. The puppy even sat in the seat next to him. It looked like these two are getting along great so far. It will take a bit of adjusting, but Shawn is already getting kisses and cuddles from Walter.

What is Shawn up to now?

Right now, Shawn is just living his life and enjoying it. Kaitlyn has moved on, but he isn’t talking about his dating life. Walter will keep him pretty busy and of course, help him pick up the girls.

Shawn has been working out and sharing with his fans on Instagram. He even gives tips about what kind of workouts you can do if you have an injury. Plus, it is always a bonus to look at him working out.

Don’t miss episodes of The Bachelor and The Bachelorette on Monday nights on ABC. They will be filming Clare Crawley and Matt James’ seasons soon. Clare’s season is still going to happen but was delayed due to everything with COVID-19. Matt James was just revealed as the next guy to hand out roses as The Bachelor.