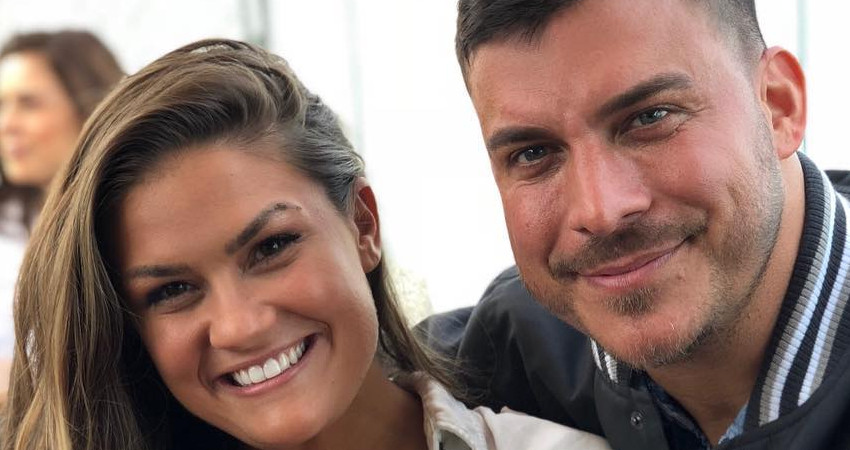 Cancel culture has its eye set on another target: Vanderpump Rules star Jax Taylor. An online petition to fire Jax has reached over 2K signatures.

VPR fans on social media are not letting it go until Bravo responds. Many fans are sifting through Jax’s old tweets and finding evidence to show Bravo he needs to go.

So far, Bravo has yet to take action. How long can they ignore the pleas from fans to do the right thing? Remember – it took them a full week to fire other VPR stars for their past racist behavior.

While the main focus of Billie Lee is Bravo firing Jax, some fans think Brittany Cartwright should go, too. Former VPR star Faith Stowers alleges that Brittany called her a “nappy-headed h*” during an argument over Faith’s affair with Jax. Brittany denies the allegations, saying she doesn’t “have a racist bone” in her body.

A company that pays Jax and Brittany to advertise their eyewear feels differently. An Instagram account by the name of @canceljaxtaylor reached out to DIFF Eyewear asking for an update.

A spokesperson for the company wrote back that they are “investigating the situation.” In the meantime, they reveal that they have “suspended” their partnership with the Jax and Brittany, The Blast reports.

While DIFF is the first company to cut ties with the VPR stars, they aren’t the only ones.

Last month VPR‘s Jax announced on Twitter that he was launching a line of drink mixers with *NSYNC member Lance Bass. As fans know, Lance is close friends with VPR boss Lisa Vanderpump.

The former boy band member took over officiating duties for Jax and Brittany’s wedding after the original pastor was let go.

However, Lance admits on a podcast on June 15 that he, nor his company, can continue their association with Jax. Lance diplomatically states that Jax chose to walk away. According to @canceljaxtaylor, Lance doesn’t see Jax lasting much longer with Bravo or VPR.

Last week Billie Lee tweeted a link to a petition calling for Bravo to fire Jax. Since that time, the petition has garnered almost 3000 signatures. The petition includes a screenshot of Jax’s tweet falsely accusing Faith of being wanted by the police and AWOL from the military.

These are almost the exact same accusations that got Stassi Schroeder and Kristen Doute fired. Why is Bravo keeping Jax around, fans want to know.

The petition can be found here.

Tell us in the comments below or tweet us @TVShowsAce if you think Bravo should fire Jax or give him another chance.

The final part of the Vanderpump Rules Season 8 reunion airs Tuesday, June 16 on Bravo. Check your local listings because it will be airing an hour earlier than it’s normal time slot.