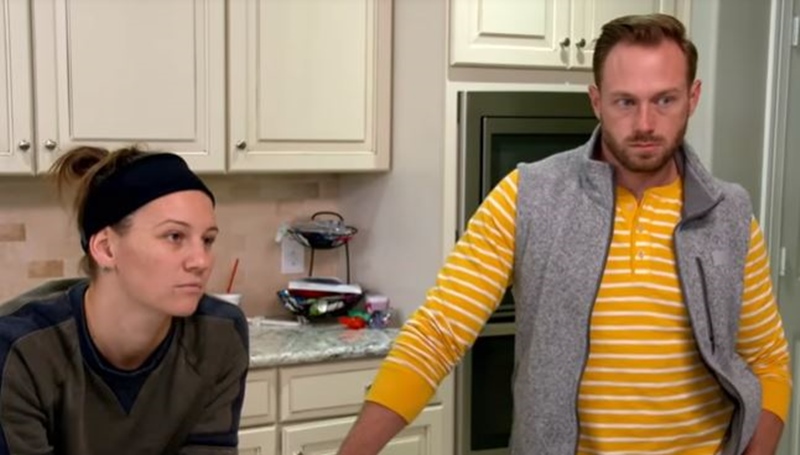 OutDaughtered fans saw that over a week ago, Adam Busby shared a photo of Riley bashing at the wall as their home underwent renovations. At the time, it seemed like great fun. But, leaving the experts to it, they went off to Louisiana for a week while they celebrated Adam’s birthday. Now they returned, the renovations are incomplete. What can Adam do with a family of eight in an unliveable environment?

OutDaughtered – the house isn’t really habitable because of renovations

When Adam shared a photo of Riley bashing away at the wall with her cute safety helmet on, it seemed like a bit of a laugh and a fun time. But, it looks like he’s certainly not laughing now. Shortly after the pictures of Riley and the home renovations, Adam told his fans they were on their way to Louisiana where his family lives. They planned a week there.

Adam’s birthday went just fine and we noted that he pranked the kids with crawfish. The family enjoyed a lot of time in the pool with their dad’s family. The OutDaughtered dad obviously expected that after their fun time away, the home would be ready for occupation. But, his happy time turned to dismay when they arrived back home in Texas. Adam took to his Instagram Stories and updated his fans. His video clip showed their home still covered in plastic sheeting, with bare wooden structural bits incomplete.

Where to take the family? The kids look a bit bewildered

In the video, Adam shared the news that their home’s no good to live in right now. In the downstairs living area, a couple of the kids looked a bit lost and bewildered. Adam told them there’s nothing they can do downstairs and told them to go and play upstairs in the playroom. Panning the camera around, Adam showed the area where the refrigerator should be. As he said, the reason they went way was so that work could be done on the house.

The OutDaughtered dad admitted that he doesn’t know “how they can live” in the situation. It seems that Adam weighs up possibly extending a trip to a water park. They already planned for that some time before. But, it all seems to have been a shock so, for now, he looks a bit worried.

Fans know that in the past, the family moved in with Uncle Dale. That came when fans saw the mold in their old home caused some illness in the family. Possibly, Adam hesitated to ask Dale for the same favor now. Such a large family can’t really squeeze into a single room.

What happens next? Check back with TV Shows Ace to find out how this all pans out for the OutDaughtered family.