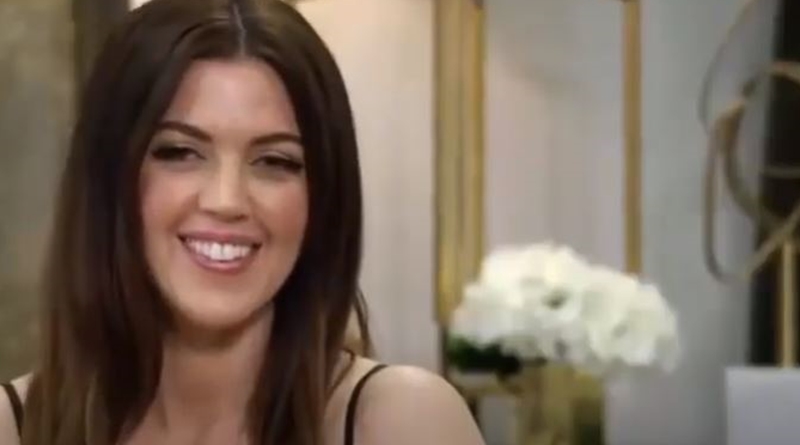 Labor of Love returned Kristy Katzmann to reality TV. Recall, she previously starred in Season 11 of The Bachelor with Brad Womack. She looks for love again because it’s time for kids in her life, she believes. But who might she end up with? A few spoilers suggest some really good clues as to the potential baby daddy.

All Kristy wants is a man who wants kids and loves her. That puts the men in her life under a bit of pressure. The TV star hopes for love and then a super-fast start to beginning her own family. We noted that Kristy’s totally ready for motherhood. When the opportunity came along with the Fox dating show, it seemed like an ideal opportunity. After all, 15 men are in it to win her heart. Hopefully, she finds the right guy.

Labor of Love seems a rather crazy show, as Kristy gets to see how the guys handle various Survivor-type challenges. Plus, she weighs up their suitability via sperm counts. Fans can’t wait to find out which man meets her match! Life&Style Mag thinks they narrowed it down. Following the clues, they came up with a few possible endings for Kristy. The four men who narrow it down to include Stewart Gill, Matt Kaye, Kyle Klinger, and Marcus Lehman.

Kyle seems the top contender for Kristy. The outlet explained that many fans believe he’s not only the frontrunner but a dead certainty. The outlet reminded readers that Kristy shouted out Kyle twice ahead of any one-on-one date in “episode 3.” Notably, Kyle lives in Austin, Texas. Sharp-eyed fans noticed that Kristy visited Austin last summer. As both of them shared photos of the area within a  month of each other, fans think they spent time together at the same lake.

Another clue that Kristy might play with her fans involves the fact that she didn’t geotag her picture. She always seems to tag the places she visits. But Kyle tagged his as “Lady Bird Lake.” fans also suspect that Kristy might have taken the photos that he shared. Someone did, and he used the hashtag, “#bestphotographerever.” But the lake photos don’t end the speculation about Kyle as winning out on Labor of Love.

Do you believe you can get better with age? I do! I can honestly say that at 41, I feel (and look) better than I did in my twenties. My twenties were TOUGH. Besides dealing with chronic debilitating health issues, I was lacking in self-confidence, trying to live up to perceived notions of perfection and completely miserable partying in the city with my fellow twenty somethings (3am is so not my scene). I had this relentless drive to “make it,” to be “a success,” and yet I never slowed down long enough to ask myself what that meant for ME. After a total health collapse in my twenties, I poured my heart and soul into my career in my thirties to “make up for lost time.” I was killing myself working around the clock to prove my worth. In my late thirties, I rushed into a marriage worried my time was running out to start a family, only to have it fall apart within the year. The worst had happened. Everything I thought I knew about life seemed to vanish into thin air. And that’s when I realized, while there were things I was very proud of in my life, I had never been living life on my own terms. How happy was I? I can tell you I didn’t like my answer. I didn’t pick myself up over night. It took a couple years of diligently doing the work and sitting in discomfort and the unknown before things got better. Turning 40 was big for me! I was finally in a position to ask myself what I wanted and take some chances off the grid. For the first time in my life I didn’t have a plan, but instead set out on a quest of discovery and getting in touch with my heart. Having things “not work out” has been the biggest blessing for me. Life is truly what you make it… what will you make of yours? ❤️ . . . . . #bossbabetribe #dreamersandoers #girlbosses #shemeansbusiness #womenwholead #bloggersofinstagram #highvibes #manifestyourlife #selfgrowth #youaremagic #buildyourempire #goaldigger #createyourhappy #pursuepretty #lifeunscripted #lifestyleblogger #personalgrowth #thinkhappythoughts #enjoythelittlethings #howyouglow #nothingisordinary #prettylittlethings #theeverygirl #thisisforty #nevergiveup #reinventyourself #newbeginnings #liveyourbestlife #sup

The grand celery clue gets it in the bag for fans

It seems that fans know for certain that Kyle and Kristy make the perfect couple. Incredibly, it involves celery. Yep, that rather stringy veg is as good as a gold ring for believers. The outlet revealed that both Kristy and Kyle posted about celery on their social media. Sleuths noted that Kyle shared a photo and captioned it with, “Celery juice has become part of my daily routine. I can’t speak to the science behind it, but I can say that I feel like I’m better-hydrated w/ a healthier gut.”‘

Coincidence? About four weeks later, Kristy also wrote about celery juice. The Labor of Love star said that she loves drinking the juice in the mornings.

What do you think about these clues? Do you think that fans are on the right track? Or, is a mutual love for celery a bit of a stretch? Sound off your thoughts in the comments below.