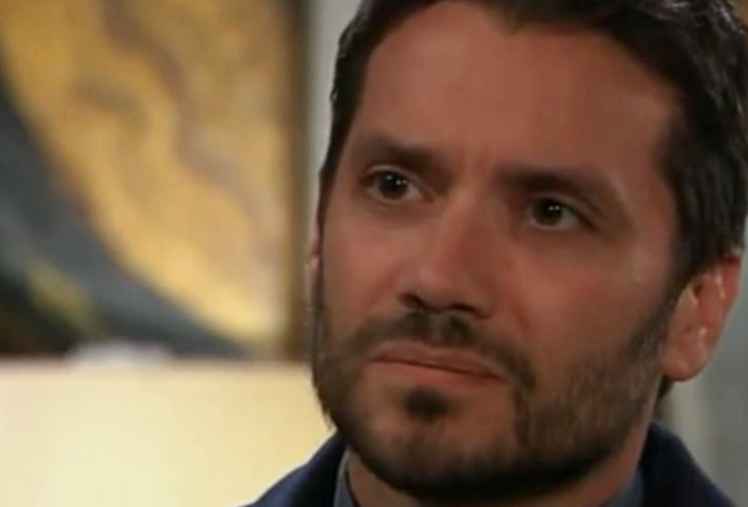 Good news for General Hospital fans who are missing Dominic Zamprogna (Dante Falconer). Fans will be able to catch him on Wednesday, June 17 at 7 pm PST. Why? Well, Dominic stars in the short film To the Moon and Back. The film is part of the Eclectic Spotlight screening at the 2020 Film Invasion Los Angeles. Meanwhile, in a recent interview, he talks about the film and how much he would love to return to GH.

General Hospital alum Dominic Zamprogna in To the Moon and Back

Dominic stars in the film To the Moon and Back as a grieving son who has lost his mother. In the story, he is supported by his wife and daughter in the moments before he has to eulogize his mother. Meanwhile, the film is written and directed by GH production associate, Nate Hapke.

Michael Fairman TV  interviews Zamprogna. They discuss his lead role in the short film. In addition, they also chat about how much Dominic wishes he could return to the role of Dante Falconer on GH.

Zamprogna left the ABC daytime drama series in 2008. In the meantime, he reprises his role a number of times. This is to open the story of his love interest, Emme Rylan (Lulu). Recently, she has been moving into a relationship with Dustin (Mark Lawson). Dominic is asked his thoughts about returning to General Hospital.

Zamprogna says he keeps in touch with the cast and crew at General Hospital. However, since last September, he has realized how much he is missing his friends at GH. He misses his “family” there and the day-to-day of what the daytime drama was to him. Zamprogna says the show is like a second home to him, something he has never experienced on a show before. Dominic misses everyone. He says the cast and the crew have all become his friends.

Dominic says, in February, he texts executive producer Frank Valentini in February about a possible return. They chat and Dominic tells Frank how he feels. He says while there is nothing in place on GH right now. So, they will have to see what happens. Dominic says he knows where his heart is. And, he believes there is interest on their side too.

About starring in To the Moon and Back

On June 17, a virtual screening will be held of To the Moon and Back. Dominic is asked about the film. He says it got into a film festival and due to the quarantine, it has to be done online.

In the film, Dominic plays the role of Robert, who has lost his mother. The story is about the time prior to his giving a eulogy at her funeral. Zamprogna explains he has given a eulogy himself, for his grandmother. He says this was the hardest thing he ever had to do. This gives the General Hospital actor a real sense of what his character is going through. Dominic says he is very proud of his work on the film. He went on to explain more about the film and the other characters.

Robert’s wife in the film is played by Danielle Rayne, while Julie Romano is in the role of his daughter. Dominic says his character is getting ready to do the eulogy for his mother. He really doesn’t think he can do it. His wife comes in and tells him he can do it and that they will be supporting him. Following this, his daughter enters and Robert is taken aback at how composed she is. In the long run, Robert’s wife and daughter help him to get through the experience.

Does the General Hospital actor want to do more indie films?

Fairman asks Dominic if he would like to be involved in more indie films. He says, yes, he really loves it. Zamprogna says having been in a long-time job in General Hospital allows him to be a little pickier when he left the show.

Fans can live in hope that Dominic will, indeed, return to General Hospital. In the meantime, they can enjoy seeing Zamprogna in a different role in To the Moon and Back. Catch the screening on Wednesday, June 17 at 7 pm PST. Readers can get a free ticket here to view the film and Q&A. Watch the trailer below.