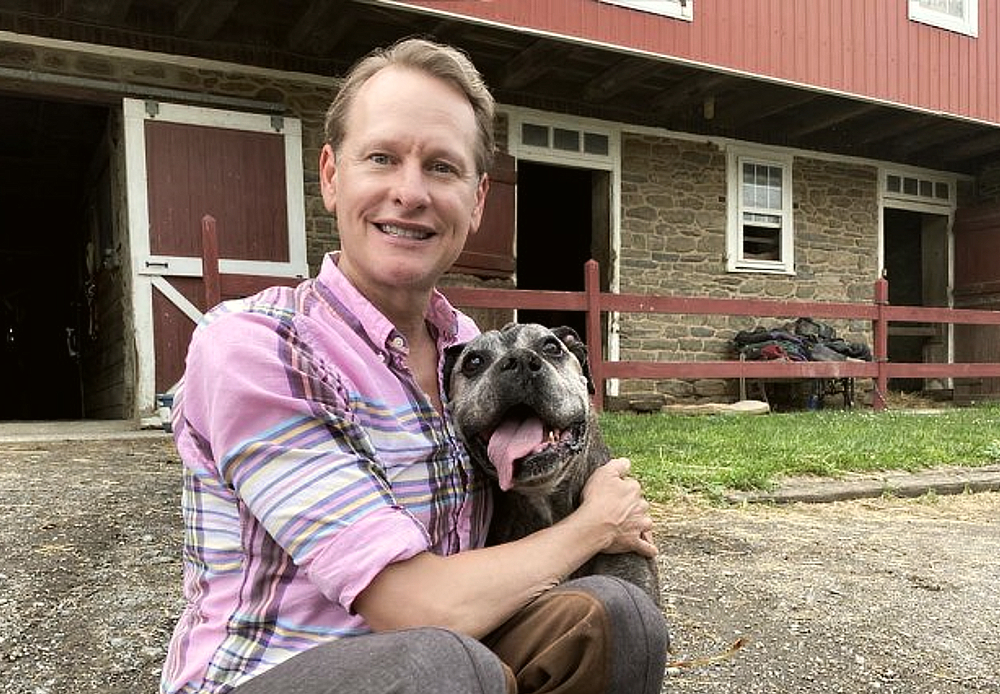 This weekend, Carson Kressley is ready to show you how to properly care for your pets on Animal Planet’s newly announced special, The Great American Groom-A-Long.

The one hour special is hosted by television star and stylist Carson Kressley, answering the need for good information as professional groomers are closed to the public due to COVID-19.

Now, everyday pet owners are faced with a new set of COVID related challenges in learning at-home grooming tips and tricks for their animals, including celebrity pet owners. No one wants to cut an animal’s nails in a way that might cause them pain, or improperly bathe or brush out a pet’s coat.

Zoom to the rescue!

Now with the help of professional groomers guiding over the platform, a group of celebrity pet owners are in it to win it for their pets.

The special will feature the stars along with professional groomers whose businesses are closed to the public due to COVID-19.

The remote feeds are part of the action with Kressley as they get together safely and virtually groom their beloved fur babies. This is designed to help viewers learn the hair-do’s and don’ts for their own pets with professional guidance.

Also, so many pet owners are going to get answers to questions like ‘how do I trim my dog’s nails?’ ‘what is the best shampoo for my bulldog?’ and even ‘how can I primp my pooch’s unruly fur?’

From his beautiful horse farm in Pennsylvania, Kressley is tasked to oversee the assembled professional groomers as they virtually instruct their novice celebrity pet owners via multiple web cameras – all positioned to capture grooming successes and a few fails.

Viewers can sit back, relax, and follow along as Kressley offers his hilarious commentary and asks insightful questions to the helpful groomers and their eager celebrity participants. Our motto? Do try this at home!

As each celebrity pet owner grooms along based on their dedicated groomer’s instructions, viewers can follow along with their own beloved furry friends, or just watch for the fun of seeing the results.

The Great American Groom-A-Long groomers include Jorge Bendersky, author of “DIY Dog Grooming, From Puppy Cuts to Best in Show, Everything you Need to Know.” Also, creative pet stylist Milena Kon, owner of Driving Me Knots (Mobile Grooming) and DMK Bowtique (Pet Accessories) and Christine Keesee, a dog and cat groomer who is passionate about creative grooming, competitive grooming and Asian fusion styles.

These expert groomers provide key information and easy to follow groom-along tips for good health and the best looks for all breeds of dogs and cats.

Footage used in the special was recorded by Kressley, the celebrity groomers and pet owners while working safely and remotely.

The people behind the special

Tune in and learn how to style your pet like a pro: