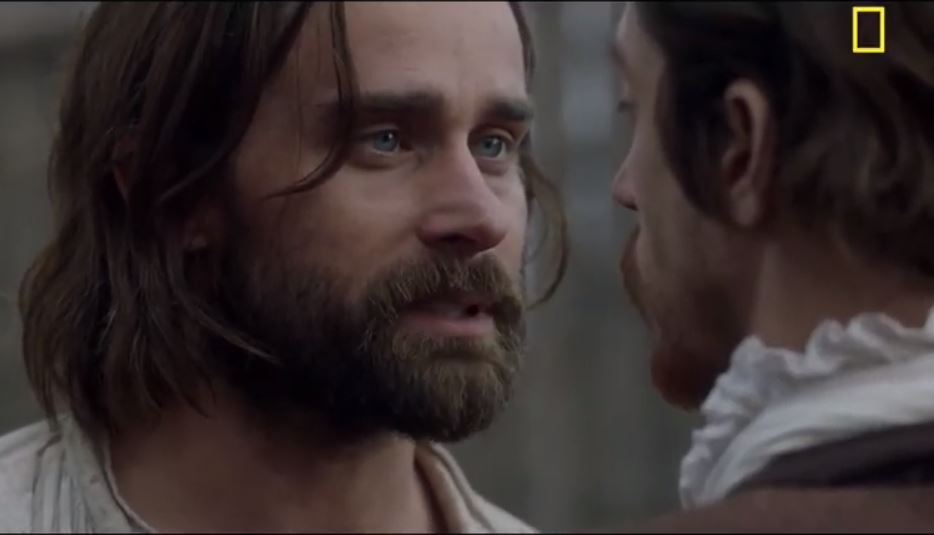 Tonight on National Geographic Channel is the limited series finale of Barkskins and TV Shows Ace has an exclusive first look.

The series takes us to 17th Century New France in a story with a nod to every genre, from mystery to romance. The series is set in Wobik, a small settlement in what is now the Canadian province of Quebec.

This preview below features Rene Sel (Christian Cooke) and Charles Duquet (James Bloor), two immigrants to New France who are bonded through their journey in the New World, reuniting at long last after being separated by their respective journeys in the new land.

In Barkskins, Charles becomes well-to-do and confident as Rene is fundering financially, and is still working for those who are ‘taking’ what the fruitful land has to offer.

Proulx’s Barkskins spans over 300 years, and covers the deforestation of the New World from the arrival of Europeans into the contemporary era of global warming. The story is told through through two immigrants to New France, René Sel (Cooke) and Charles Duquet (Bloor), who work as wood-cutters —barkskins— and of their descendants.

Featured in the exclusive preview are Christian Cooke and James Bloor who have been cast opposite star David Thewlis (cast as Claude Trepagny) in Barkskins, National Geographic’s scripted drama eight-part series based on the 2016 bestselling novel of Pulitzer Prize-winning author Annie Proulx.

The series follows these outcasts navigating the hardships, competing interests, and skewed loyalties in 1600s New France where the war to escape their past and re-make themselves is challenged by life in North America.

As the Catholic Church sends Jesuit priests to convert the indigenous people, France sends indentured servants to populate its territory, along with “Filles Du Roi” (“Daughters of the King”), young women to be matched with husbands, start families and help the colonies prosper.

“Barkskins is a primeval story of survival and the quest to build a civilization out of the endless forest.  The settlers who’ve come to seek their fortune in the vast and unforgiving ‘New World’ —the landless poor, street urchins, religious seekers, rapacious traders and the penniless young women hoping to marry into land and wealth— are met with the brutal reality of their dreams as they attempt to carve their place in it.

Proulx has authored eight books, including the novel The Shipping News and the story collection Close Range. In her career, she has earned a Pulitzer Prize, a National Book Award, the Irish Times International Fiction Prize and a PEN/Faulkner Award.

Her story Brokeback Mountain, which originally appeared in The New Yorker, was adapted into the Academy Award-winning film.