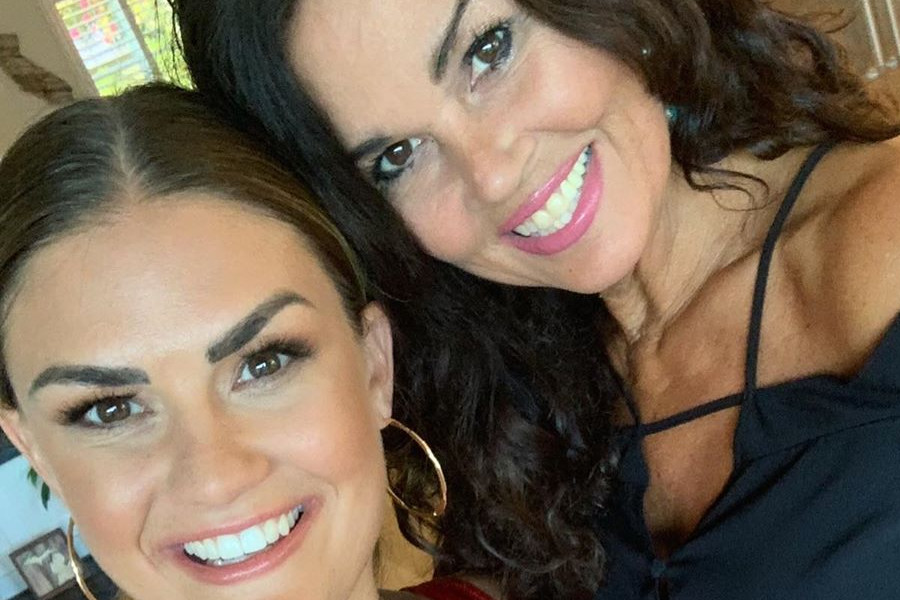 Vanderpump Rules star Brittany Cartwright is getting it from all sides. Earlier this week, Bravo let go several stars from the hit show. Fans are clamoring for Jax and Brittany to go next.

In addition to all of that stress, Brittany’s mother is in ICU at a hospital in Kentucky after surgery complications.

The news of Sherri Cartwright’s hospitalization came after a Facebook post from pastor Ryan Dotson wrote to his followers. The Ryan Dotson Ministries pastor is not unknown to fans in the Bravo universe.

Much of the drama surrounding VPR Season 8 came from Brittany and Jax Taylor’s slow action in firing a pastor from their wedding. Past homophobic posts from the pastor resurfaced and they were forced to fire Brittany’s childhood pastor.

The pastor asking for prayers for Sherri is the same one the VPR stars let go from officiating their wedding. N*SYNC member Lance Bass took over the wedding duties.

On June 10, the controversial pastor took to his Facebook ministries page to ask for prayers for Sherri. He revealed that Brittany’s mom is in the ICU after “emergency surgery.”

Apparently, Sherri was undergoing a routine surgery on her bladder when complications arose. She needed a second surgery to repair the damage from the first. After the surgery, she was sent to the ICU ward to recover.

Us Weekly reports that Brittany will visit her mom next week. The COVID-19 pandemic makes things difficult when it comes to visiting hospital patients.

Pastor Ryan isn’t the only one asking for prayers for Sherri. Brittany took to Instagram Stories to plead with fans to keep her mom in their prayers, People reports.

Since Instagram Stories posts disappear after so many hours, Brittany’s post is no longer available. She hasn’t been active on social media since her co-stars’ firings. In fact, Brittany has now disabled comments due to the backlash she was getting over the accusations against her from Faith Stowers.

Faith alleges that during an argument, Brittany referred to her as a “nappy-head h*.” Brittany denies the accusations, but fans are calling for Brittany and Jax to lose their VPR jobs, too.

The VPR star shares a very close relationship with her mom. In fact, she sought her mom’s approval before marrying Jax. Brittany posted a lovely Mother’s Day tribute to “the best mother” earlier this year.

Happy Mother’s Day to all of the wonderful Mothers out there! You are our superheroes 💪🏼❤️ Mom, you are the best mother a girl could ask for and I am sooo so lucky to be your daughter. You are amazing, beautiful, smart, funny, and one of the kindest people I will ever know. I love you so much and I wish I could be with you today! Happy Mother’s Day Mom ❤️❤️❤️ @sherri.cartwright

Part 3 of the Vanderpump Rules Season 8 reunion airs Tuesday, June 16. Bravo moved the episode up an hour, so be sure to check your local listings for the correct airtime.