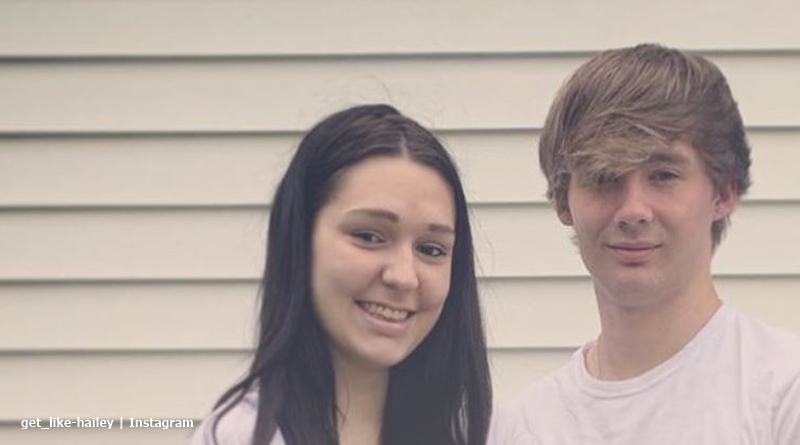 Unexpected booted Hailey Tilford from Season 4 of the show for alleged racist comments. Hailey denied she made them, and it happened when her account got hacked. Nevertheless, Matthew features on the show. Obviously, Cole stood by Hailey when she heard the news. Now, she said he’s the “real” dad to her son Levi. Plus, they don’t need either TLC or Matthew to make their little family work.

Unexpected fans love Cole and Hailey Tilford together, with or without TLC

When Hailey Tilford told her fans that Cole knew her from high school, they really took to him. He seems like such a nice young man they think. Plus, he took over the role of dad to Levi, Hailey’s baby with Matthew Blevins. He seems very mature, and fan love that he treats Levi as his own son. Meanwhile, Matthew took off and wants nothing to do with Levi – unless it’s for Season 4 of the show. TLC wanted footage of Matthew and Levi but not Hailey. Hailey said she refuses to allow that to happen, The Ashley’s Reality Roundup reported.

After Hailey notified her fans that TLC dropped her for alleged racist comments, that she claims were made by a hacker, she seemed upset. But now, in a followup post, it seems the Unexpected star and Cole talked it over. Now Instagram official, she shared a photo of herself with Cole and baby Levi. Hailey wrote, “As I’m laying here in bed and everyone is dm me my ex’s post, I’ve come to the conclusion I’m DONE letting Matthew affect my life.”

Hailey pointed out that she loves her son “unconditionally.” Her family and Cole love Levi as well. Notably, fans are well aware that Matthew wants nothing to do with Levi. Hailey said that Cole treats her “like a queen.” She described Cole as a “hard worker,” a “sweetheart,” and an”AMAZING father” to Levi.  Fans also know from her previous post that Hailey won’t let TLC film Levi without her. And now, she explained she doesn’t need them to survive, anyway.

The Unexpected alum noted she and “Cole work every day at our jobs to make everything we need happen.” Right now, Hailey doesn’t seem to care what Matthew does with his life. She feels that she’s just over his “high school drama.” And, Hailey asked fans to stop sending her DMs about Matthew. “Don’t speak to me about my ex, send me his stuff, NOTHING. Levi has a father, COLE SMITH,” she said.

Unexpected fans reacted to the post. One said, “Yes girl. The sooner your bf can adopt him, the better for you and your family. Wishing you 3 the best✨.” Another one commented, “So proud of you two 💓 big shout out to Cole for stepping up and being a real man!” Do you agree that they make a lovely couple and don’t need TLC or Matthew to get by? Sound off in the comments below.