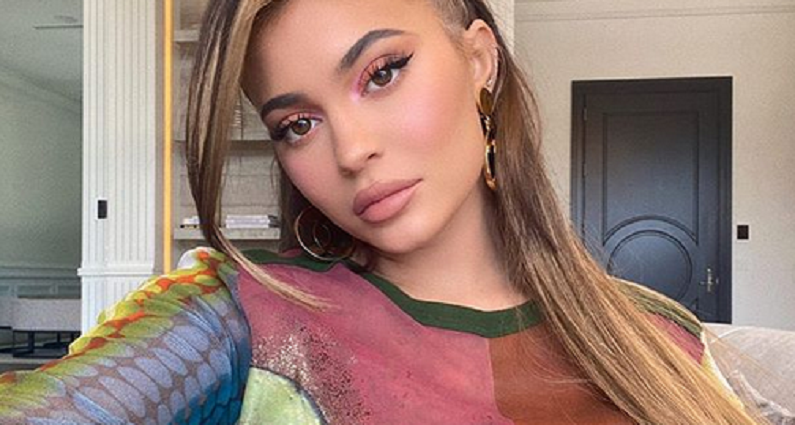 Kylie Jenner and Travis Scott attended a hot spot amid the quarantine. Three months ago, the Keeping Up With the Kardashians star told her fans to stay home. She restated the importance of social distancing and self-isolating on social media. Then it was reported that Kylie quarantined with her ex-boyfriend, Travis Scott.

Although the couple split in October after two years of dating, they successfully co-parent their daughter Stormi. On Saturday night, Kylie and Travis hit the town together. It appeared like they were on a date at a celebrity hot spot. Paparazzi caught the 22-year-old model and the 28-year-old rapper at the Los Angeles restaurant The Nice Guy.

Per People, Kylie Jenner and Travis Scott didn’t think they would get caught. But they spent time together at the celebrity hot spot The Nice Guy on Saturday night, June 13. Paparazzi photographed the pair leaving separately. Kylie’s bodyguard covered a coat over her head. Meanwhile, Travis entered Kylie’s vehicle.

The Kylie Skin Cosmetics founder wore an all-black ensemble, while Travis wore a matching black T-shirt and jeans. In recent months, reconciliation rumors swirled. However, an inside source told People that while the two are in a “great” place, they are not dating.

“Things are great with Kylie and Travis,” the source told the outlet. “They are very happy. Kylie still isn’t labeling their relationship. It seems they seeing aren’t other people, though.”

Back in October, that same outlet reported that the couple took a break from their relationship. That came after two years of dating. Kylie confirmed the news on Twitter, writing, “Travis and I are on great terms. Our main focus right now is Stormi. Our friendship and our daughter is a priority.”

The two have continued to co-parent their daughter. Back in February, Kylie and Travis celebrated Stormi’s 2nd birthday with a trip to Walt Disney World and an elaborate party. During her interview with Harper’s Bazaar, Kylie admitted that she has a “great relationship” with Travis following their split.

Kylie Jenner and Travis Scott’s sighting came after the rapper “liked” Iggy Azalea’s photos. Per Hollywood Life, the Australian rapper posted a series of sizzling photos on Instagram. Travis liked most of her recent pictures, including one from May 25. One of the photos showed Iggy in a zip-up crop top that displayed her cleavage.

Travis wasn’t the only rapper liking her photos. French Montana also showed his appreciation for the photos. It’s unclear what Kylie’s status with Travis is, but it’s interesting to see them together. As per Metro, Travis is still “hoping” to get back with Kylie.

“He is still hopeful that there’s a chance they’ll reconcile,” an insider told Us Weekly. “They stay in touch and hang out.”

What are your thoughts on Kylie Jenner and Travis Scott hanging out together? Sound off below in the comments section.