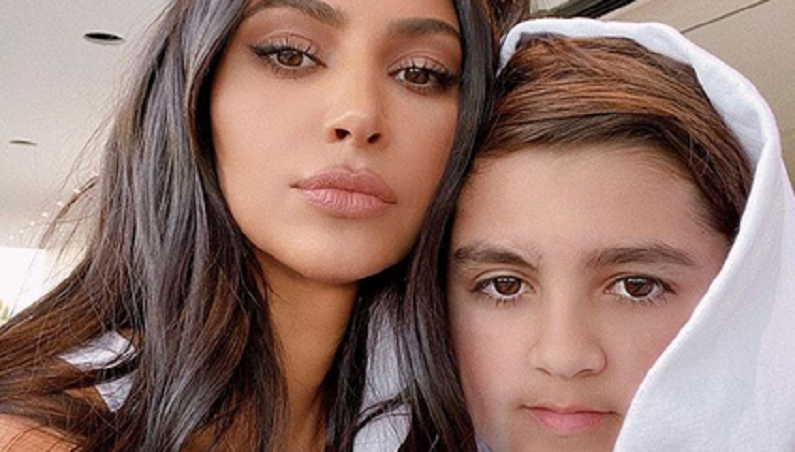 Kim Kardashian was one of the many who attended Scott Disick’s birthday party. The Flip it Like Disick star had his party in quarantine. Kim and the Kardashians-Jenner clan celebrated Scott’s birthday back in May. But the Skim founder admitted she was nervous about attending.

It was the first family gathering amid the coronavirus pandemic. Kim posted photos from the bash on Instagram on Saturday, June 13. In the caption, she shared her fears with fans. Also was in attendance were Kris Jenner, Khloe Kardashian, Kourtney Kardashian, and Kim’s son, Saint. Kourtney and Scott previously embarked on a family trip to celebrate his big day.

Per Us Weekly, Kim Kardashian took to Instagram to post a series of photos. The first photo shows her taking a selfie with birthday boy Scott Disick. She also posed with her mom and her famous sisters. Kim wore a gray knit crop top with matching cargo pants. She styled her hair in a half-up, half-down style.

The 39-year-old revealed her fears about her family getting together. “We celebrated Scott’s bday a few weeks ago with just family and it was really my first time being around a group of people (small group),” Kim captioned the post. “It was kind of nice but kind of scary too. How is everyone feeling about being out and about?”

We celebrated Scott’s bday a few weeks ago with just family and it was really my first time being around a group of people( small group). It was kind of nice but kind of scary too. How is everyone feeling about being out and about?

An insider previously told Us Weekly that the KUWTK star has adjusted to life in quarantine with her husband, Kanye West. The couple spent most of their time fighting. They can’t get along due to their differences. Another source told the outlet that Kim “feels like she needs some space from Kanye” during the pandemic.

She wanted to balance her work and life, but Kanye wasn’t helping out at home. The couple is parents to North, 6, Saint, 4, Chicago, 2, and Psalm, 12 months. Kim and Kanye made good use of this time to work on their marriage. The KKW founder wants to keep their family together for the sake of their kids.

The Kardashian-Jenner clan spent time apart from each other

Kim Kardashian isn’t the only one who broke the quarantine rules. Kylie Jenner has been as well. She was spotted having a beach party with her friends. Back in April, an insider told People that the family have spent some time apart during the pandemic.

“Everyone is still staying at home,” the source said during the time. “The sisters and Kris took a few weeks total break from each other. Now, they practice social distancing, but Kim has had Kris over at the house a few times.”

My baby boy Psalm is the sweetest! He just started walking!

Meanwhile, Scott has kept a low profile. In late April, he had a quick rehab stint followed by his split with girlfriend Sofia Richie. Rumors have also swirled that he’s back together with ex-girlfriend and baby mama Kourtney. The two took a quick trip with their kids amid the quarantine.

What are your thoughts on Kim Kardashian and her family gathering together? Sound off below in the comments section.