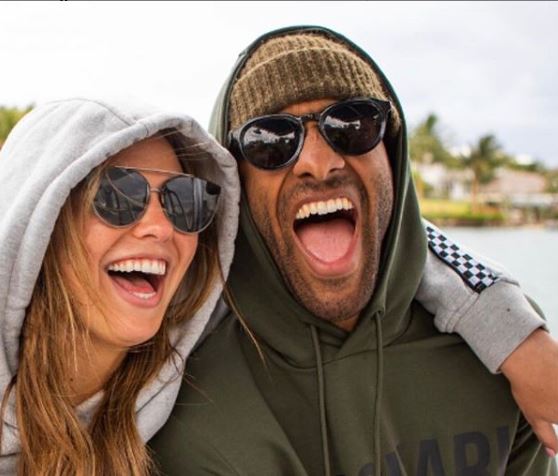 Hannah Brown of The Bachelorette just saved a man from drowning. US Weekly shared the details about what happened with the reality star. It turns out Hannah isn’t the one sharing about it either. She was out with her family when the event happened.

This all happened on June 13 while Hannah Brown was white water rafting with her family. They were hanging out in Tennessee. It turns out that the man who Hannah saved has a girlfriend who wants the world to know what happened. She shared it on her Twitter.

She went on in the comments to explain a bit more. The post said, “She was on the river with us Face with tears of joy our raft flipped and her and her family were on the trip with us she ended up pulling my bf onto their raft after the current took him. I didn’t know who she was but her mom said she had just won DWTS and that she was the bachelorette!”

After that she shared saying, “Thanks! I was being dramatic when I said drowning. He wasn’t suffocating or anything just being taken downstream and she pulled him onto their raft!” Regardless, it sounds like they were lucky that Hannah B was there. If not, hopefully, someone else could have saved him. It is kind of crazy how they didn’t even know who the reality star is until her mom explained it to them.

How is Hannah doing now?

Hannah Brown is doing great lately and just enjoying time with her family. She shared that she was excited that Matt James was picked as The Bachelor. Hannah Brown has been hanging out with Tyler C, but they don’t seem to be a couple. She is just living her life and enjoying her time it seems like. After her time on The Bachelorette and Dancing With the Stars it is probably good to have some downtime.

Right now, Hannah is also working on showing the world she isn’t racist and learning more about it. The post below on her Instagram shared a bit.

Thank you so much @michellesaahene + @privtoprog for this powerful conversation about racism in America and my personal anti-racist journey.💛

Hopefully, filming will start soon for Clare Crawley as The Bachelorette and Matt James as The Bachelor. Fans can’t wait to see both air. They haven’t started filming yet, but both seasons will go on and it sounds like they will be working on them soon. ABC wants to keep the fans happy.

Hannah even spent more time with the guy and his family! You can read more here.