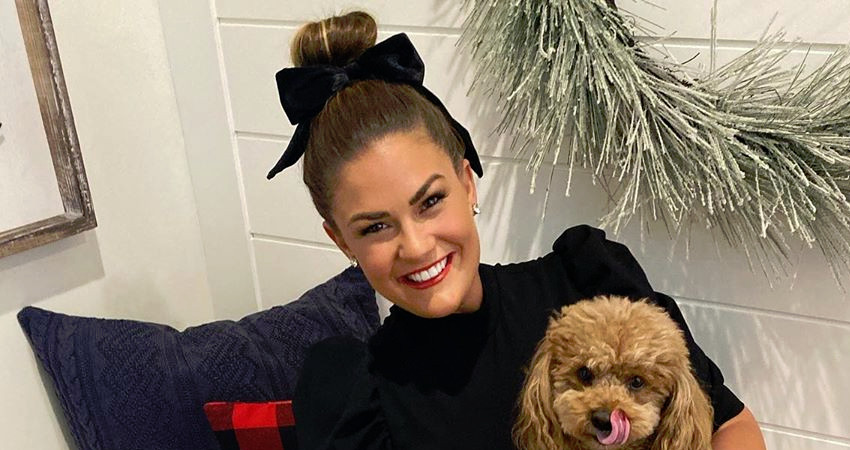 Most Vanderpump Rules fans know that Jax Taylor spent time in jail in Hawaii back in 2015. However, just three years earlier, his now-wife, Brittany Cartwright, was also under arrest in her home state of Kentucky.

Timeline of VPR Star’s Relationship: From Vegas to Marriage

The VPR bad boy met Brittany Cartwright in Las Vegas back in 2015. Their initial meeting wasn’t caught on Bravo cameras, but Brittany quickly left her Kentucky home to shack up with Jax in Los Angeles

Brittany made occasional appearances on Seasons 4 and 5 of VPR. She was upgraded to full-time for Season 6 when she started working at SUR.

At the start of Season 7, SURver Faith Stowers revealed the shocking news that she had slept with Jax prior to filming. Jax denied the affair at first, but eventually admitted to Brittany that it was true.

The couple briefly split, but when Jax’s father died, Brittany was by his side. Jax and Brittany reconciled. He proposed during the Season 7 premiere episode.

Jax and Brittany’s wedding dominated Season 8 of Vanderpump Rules. They wed in a castle in Kentucky. The couple are still together and plan to have children soon.

Jax and Brittany had just started dating when the show was filming Season 4. The VPR cast flew to Hawaii to celebrate Jax’s birthday.

While there, Jax got arrested for stealing a pair of sunglasses. He took a plea deal that resulted in a hefty fine but no jail time. He was also on probation for a year.

It turns out that Brittany and Jax have a lot in common. When she was 22, Brittany was arrested in Kentucky. The website Starcasm writes that the VPR star’s 2012 arrest came after a bar brawl. However, no other details on Brittany’s involvement in the alleged incident are provided.

After Bravo’s shocking decision to fire four VPR stars, fans are clamoring for Jax and Brittany to go next. But not for their respective arrests.

Stassi Schroeder, Kristen Doute, Max Boyens and Brett Caprioni were let go for past racist behavior. Fans and former VPR stars Billie Lee and Faith Stowers are petitioning for Jax and Brittany to get the boot for the same reason.

In fact, Faith claims that Brittany called her “nappy-headed” during an argument after the cheating scandal came out.

A Twitter user trolled Brittany by sharing her 2012 mugshot. Brittany promptly blocked the person. Both Jax and Brittany have also disabled comments on all of their previous Instagram posts.

Tell us in the comments if you think Brittany and Jax will be the next to go.

Part 3 of the Vanderpump Rules Season 8 reunion airs Tuesday, June 16. Many fans feel it will be the final episode of VPR, but Bravo hasn’t made an official announcement yet.