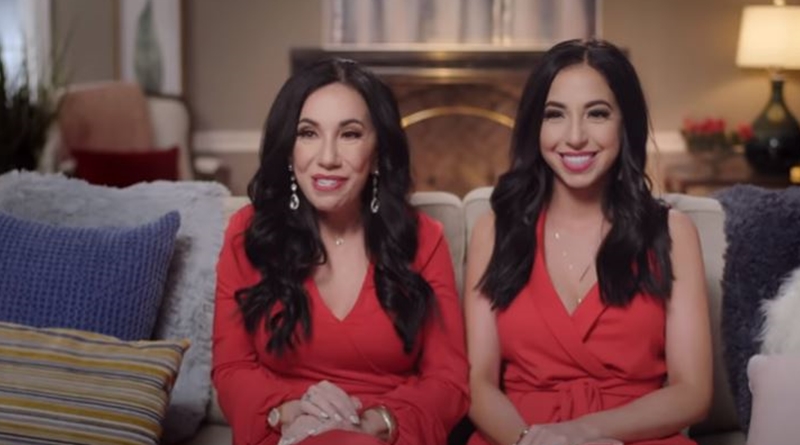 sMothered brought back Dawn and Cher this season on TLC. Recall, in the last season, Cher gifted her mom Dawn her stained pregnancy pee-test. Last week, fans saw Cher start her labor and she’s determined to see out the birth of her baby naturally. In Sunday’s episode, the baby arrives. But, fans will see Dawn stress a lot as Cher sends her out the room when she caves in and opts for an epidural.

TLC’s episode plotline mentions that Cher and Dawn officially become “triplets.” Fans won’t be taken aback by that. After all, last season Twitter saw plenty of people saying the baby would never belong to Jared. Fans predicted the child would be yet another girl with an unnatural grandmother, mommy triangle of co-dependency. Actually, the mother and daughter seemed so close that mom Dawn constantly got between the couple.

For Jared Gopman, the idea of them living in separate cities seemed the only lifeline for any sort of normal relationship. No longer living near her mom, that never stopped Cher from communicating with her. In fact, the sMothered daughter called her mom every couple of hours. Fans found it all rather cloying. Obviously, when it came time for the baby, Dawn made sure she didn’t miss the event. But a stressful moment came as Cher had to choose who should remain in the room during her epidural. Jared stayed. Dawn left the room.

Cher and Dawn spoke with Popculture ahead of this Sunday’s episode. Cher tried going with no medical intervention. But, after 12 hours of labor, she couldn’t handle it anymore. She told the outlet, “I tried very hard to go all natural but in the end, I just couldn’t do it anymore.'” So she opted for the epidural. But with her mom there, that became a very stressful moment for both mom and daughter. Cher  “felt really bad,” as she opted for her mom to leave the room when they administered an epidural.

Meanwhile, sMothered mom Dawn couldn’t bear the worry of the procedure. Jared, Cher’s plastic surgeon husband stayed in the room. The procedure only takes a few minutes. But Dawn said, “Honestly, that was so hard for me to step out of the room.” She hated not being by Cher’s side. She added, “you always worry about your children, and you don’t want anything to go wrong.” Well, Cher survived the procedure without her mom there.

After the birth, Dawn returned to Florida, leaving Cher with the baby in New York. Cher felt terrible again, as she “struggled” with loneliness.

What do you think about all the stress and worry between the sMothered mom and daughter? After all, Dawn only waited a few short minutes before returning to the room. Sound off your thoughts in the comments below.