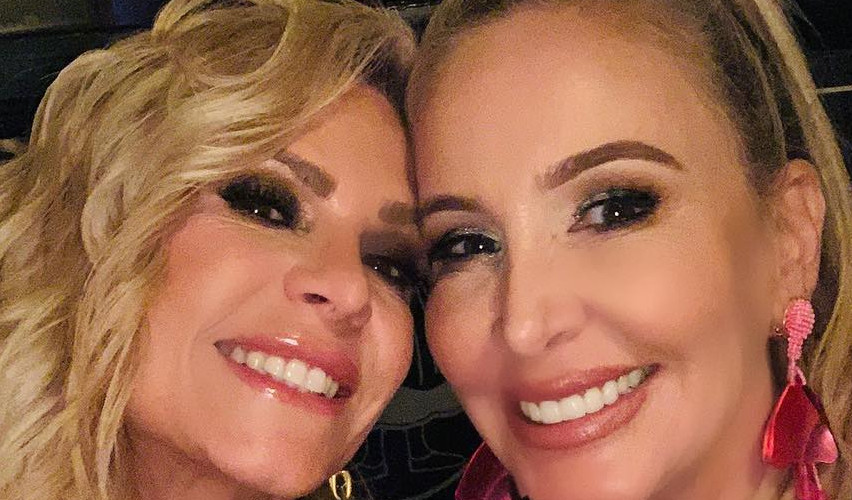 What was supposed to be a celebratory post from Tamra Judge took a slightly different turn in the comment section. The Real Housewives of Orange County star slammed her former bestie, Shannon Beador, in response to a fan’s question.

Earlier this week, Tamra enjoyed a Girls Night Out with Vicki Gunvalson and some other women at the Five Vines Wine Bar.

Multiple fans flooded the comment section questioning the lack of masks and social distancing. Tamra’s responses were not very family-friendly.

The RHOC stars and friends took to the wine bar to celebrate “something exciting,” Tamra told her fans. She teased fans by writing, “#tamra and vicki new show” in the caption.

Tamra confirmed in May that the former Housewives are getting their own show. She hasn’t been forthcoming on the details. Possibly because the coronavirus pandemic put the whole thing on hold.

What we do know is it will be some type of travel show. Earlier reports suggested the show won’t air on Bravo, but that hasn’t been confirmed. In fact, Tamra’s last update implied that she was still shopping the reality show around to various networks.

Fans Call Tamra Out For Lack of Social Distancing, She Claps Back – HARD

The Cut Fitness owner also advised fans to “#calmdown.” She wrote in the caption that “restaurants are open in OC [Orange County]”

It’s unclear if the last part of the caption was originally there or added after fans expressed confusion and outrage in the comments. Reality Blurb reports that several fans questioned why no one in the photo is social distancing or wearing masks.

Counting Vicki and Tamra, there are six women in the photo surrounding a very small table.

Tamra took to the comments to defend the outing. She noted that she’s been stuck at home for three months. Additionally, she assures fans that Orange County has “opened up.”

The former RHOC star got a little miffed with some followers. Reality Blurb captured a few comments where Tamra lost her cool and cussed at a few comments from fans.

One fan asked an innocent question about RHOC’s Shannon Beador and got a shocking reply from Tamra. A fan wrote, “No [@]Shannon Beador?” In response, Tamra slammed her former friend. “She’s vile,” Tamra wrote, with no other explanation.

As RHOC fans know, Tamra, Vicki and Shannon were close friends during previous seasons. In fact, they nicknamed themselves ‘Tres Amigas.’

However, the three seemingly had a fallout after Vicki and Tamra left the show. Shannon didn’t stay in contact with them, making Tamra think their friendship was just for the cameras.

Shannon has yet to respond to the diss. Vicki reposted the Girls Night photo onto her own Instagram.

Check back with us for updates on Vicki and Tamra’s new show. Bravo has yet to announce when Season 15 of RHOC will resume filming, but Kelly Dodd recently said next month.