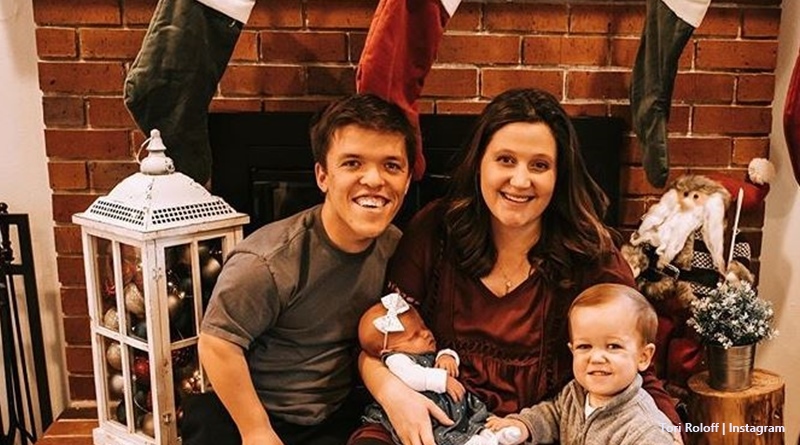 LPBW fans know that Tori Roloff now easily gets around and about on Roloff Farm in Oregon. The reality TV star’s very grateful for their lifestyle, especially during COVID-19. She told fans on Instagram, “I realized how blessed I am. In these crazy times of uncertainty, it’s really made me slow down and appreciate every moment of every day.” Now, she took a  trip down memory lane to Washington State University. She recalled her year there as the “hardest” in her life.

The photo that Tori shared on Instagram this Friday isn’t an old one. After all, baby Lilah’s in the picture, along with Jackson. In her rather long post, The Little People, Big World star explained that she attend the university for a year. But the memories make her feel conflicted. She described it as “probably the hardest year of my life.” Tori explained that for the first time she lived without her family. Plus, she felt “pretty trapped and overwhelmed.”

Apparently, someone “dumped” her there as well. But, for the LPBW mom, she felt she also learned a lot at WSU. But the mind’s an odd sort of thing sometimes. Tori described how going there with family brought back to mind the happier memories. She now recalls the “sports, the parties, and…friends.” Tori feels that taking her family along helped  “everything” look better. Then, she credited the ice cream for helping her mindset as well. One fan really hoped they ate “Tillamook ice cream.”

Most fans of the TLC show know that Tori worked as a kindergarten teacher. Good Housekeeping noted that Tori “left her job as a…teacher before giving birth to Jackson.” Now fans know she attended one year at WSU, some of them wondered where she completed her education. One fan asked, “Where did you finish school?” In fact, more than one fan asked the same question, but Tori never replied.

Others, who also attended WSU wondered if they were at the same time. One LPBW fan wrote, “So cool you went to WSU! I probably went the same time as you 2009-2013.” But other fans understand the good memories that Tori recalled as she revised the place with her family. One person commented, “I technically didn’t go there but did drive up there almost every weekend for the parties. Pullman is definitely a unique place for a college. I have wonderful memories of parties and football games.”

So surreal coming back to this place 10 years later. Not going to lie… I only spent a year here and it was probably the hardest year of my life. First time being on my own. First time being away from family. I felt pretty trapped and overwhelmed. I also got dumped so that was fun (haha literally the joke of the day thanks babe uh)… as hard as this year was I think I grew the most here. I learned the most here. It’s funny… bringing my family back I could only remember the good things about this place. The sports, the parties, and the friends. I think anything looks good with my family by my side (also the ice cream helped). Thanks for the memories, Pullman. Maybe see you again in another 10 years. Go cougs! ❤️ #zandtpartyoffour #ferdinands #wsu

Can you relate to Tori Roloff looking back down memory lane with fond memories to a time when things felt really hard? Sound off your experiences in the comments below.