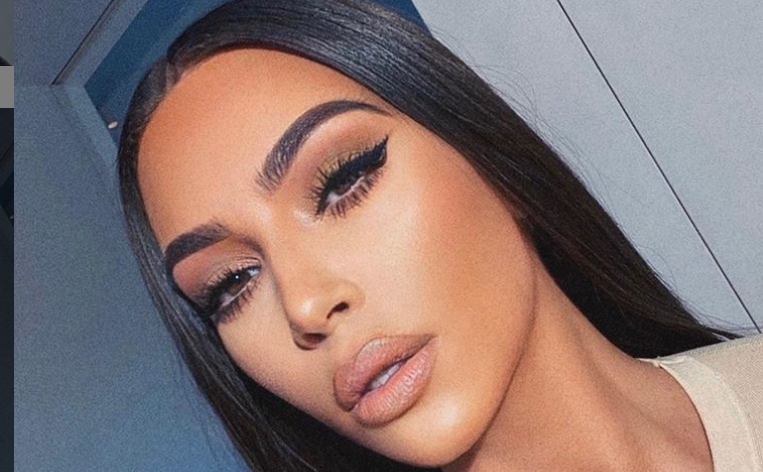 Kim Kardashian showed off the cutest Mother’s Day gift given to her from son Saint West. However, some of his answers were incorrect. Kim shared on her Instagram stories recently a school project that Saint did. It was titled “All  About My Mom,” with Saint’s hysterical answers and Kim’s response to them.

The reality star posted a sequence of seven photos of a worksheet. The first one Saint wrote his mom was 11 years old, and Kim Kardashian drew a question mark beside it. He also put that his mom “likes to leave him alone,” in which she responded, “WTF.”

The four-year-old also claims Kim’s favorite food is asparagus,.”I hate asparagus,” Kim explains. She then takes issue with the tot’s claim that they like to, “buy apps on the IPad” together. In a post she said, “I don’t, but he does.”

At last, there was one thing they both agree on. His response on the final question, why is his mother special, he put “because she snuggles me.” Kim Kardashian was delighted with that answer. “Best thing ever!!!” she wrote, “he got this right for sure!!!”

Having A Big Family

Kim Kardashian and her husband, Kanye West, have four children together. Saint is older brother to Chicago, 2, and Psalm, 13 months, and younger brother to North, 6. Four kids may seem like a handful but, surprisingly, the Keeping Up With The Kardashian reality star recently said she would have two more … if only the timing was right.

It’s clear that all the children have their own sweet personalities. Sainty, as Kim Kardashian and the rest of the family calls him, shared on his 4th birthday, “I have no words to describe how much I love your smile and those curls of yours Saint! You bring so much joy into my soul. You are so kind, loving and just so thoughtful and sweet! I am so happy today is your 4th birthday and We get to celebrate how much you’ve grown!”

Life&Style shared that Kim told Laura Wasser during an episode of her “All’s Fair” podcast in February, “I could do two more, but I just don’t think I should.”

Kim has explained the desire is there, but the resources may be a different story.

Between a reality show, beauty and clothing lines, law school, parenting four kids and more, Kim Kardashian has her hands full and she wants to give each of her kids the attention that they all deserve.

You can watch Keeping Up With The Kardashians on E!

‘OutDaughtered’ Fans Clearly Have A Favorite Busby: Who Is It?!
‘RHOBH’ Fans React To ‘The Housewife & The Hustler’ Premiere
Lifetime’s ‘Left For Dead’ Continues Summer Of Secrets Series
Briana DeJesus Just Got Engaged… Is It Already Over?
Lala Kent Shares Wedding, ‘Vanderpump Rules’ Season 9 Update