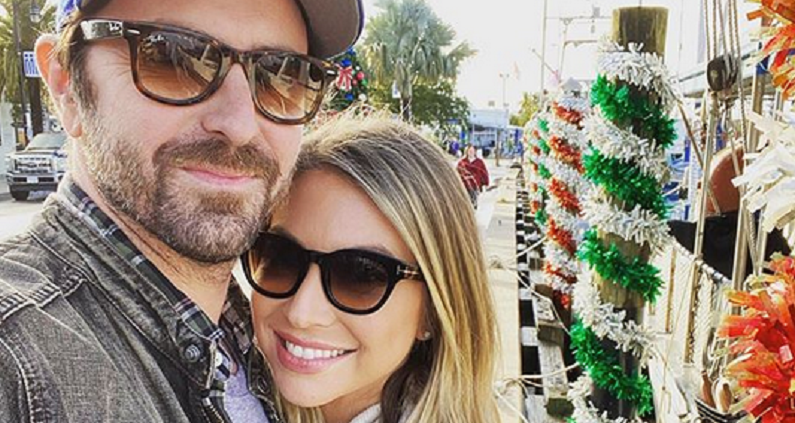 Beau Clark is stressing out. His fiancée Stassi Schroeder lost all her gigs this week. The real kicker was when Bravo fired the former Vanderpump Rules star for her racially insensitive actions. Even Stassi’s online apology didn’t help lessen the blow.

But the couple has to pay for their million-dollar home and destination wedding. VPR fans wonder how Beau and Stassi will keep up with their luxury lifestyle. Now, Beau found himself in a rock and a hard place. Although he wasn’t fired from VPR, he doesn’t want to film without Stassi by his side. That means he’s lost out on a gig as well.

Stassi Schroeder’s fiancé reportedly quit the reality show. He made the decision after Bravo fired Stassi for her racist actions and comments. An insider told Us Weekly about Beau’s difficult decision to leave the reality show behind. Right now, he’s Stassi’s biggest support system.

“Beau won’t do Vanderpump Rules without Stassi,” an insider said. “He’s fully standing by her publicly and privately too.”

In case you didn’t know, Beau works as a casting director. So, it’s likely that he can land himself a new job while Stassi figures out what to do next. But reality television is all that Stassi has known. She’s been on the small screen ever since she was a young teenager. She hopes that Beau’s job will help her get back into entertainment, claims the source.

Excited to be breathing fresh air for the first time in 2.5 months 😁

“Since Beau is also in entertainment, Stassi is hopeful that he can help with getting her future jobs,” the source added. “She is hoping to come out stronger and better as a result of this experience.”

Stassi lost her various endorsement deals. In addition, her public relations agency dropped her. Now, Stassi wants to clean up her image with the help of a crisis management team. She’s also been relying heavily on Beau these past few days.

“Beau has been her rock throughout all this,” the insider continued. “She’s been grateful to have his support.”

And it doesn’t look like Beau is leaving her side. TV Shows Ace previously reported Stassi’s pregnancy on Saturday, June 13. That comes one day after she made her first public appearance in an oversized cardigan with Beau.

Per Daily Mail, Beau Clark made his first public appearance in Los Angeles on Wednesday, June 10. The 40-year-old wore a dark shirt and black shorts during the sighting. Beau completed his look with a maroon-colored Los Angeles Dodgers baseball cap. He appeared to be running errands that day.

Beau and Stassi have dated for two years, according to Page Six. He proposed to her last summer. The couple got engaged in a cemetery, which was documented on Vanderpump Rules.

What are your thoughts? Do you think Beau Clark should film the show without Stassi Schroeder? Sound off below in the comments section.