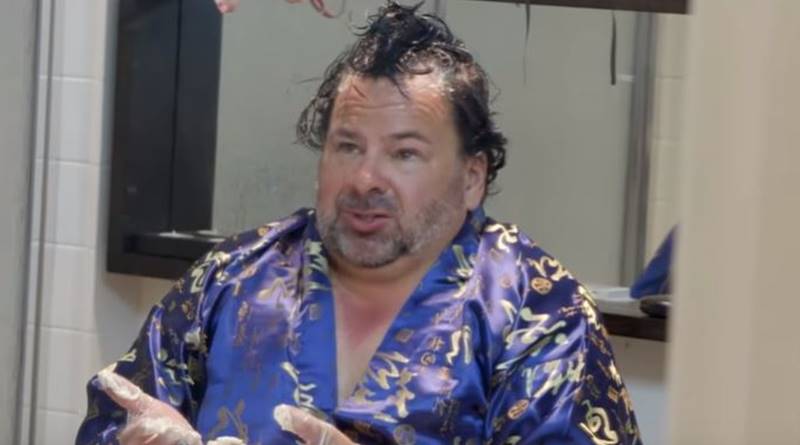 90 Day Fiance star Big Ed’s unpopular with lots of fans because they don’t like the way he treated Rose. Usually, he’s also unpopular with other cast members like Ricky Reyes, Geoffrey Paschel, and Lisa Hamme. In fact, he blocked Geoffrey and Lisa after they complained he thought he was better than the rest of the cast. Now, fans reacted to the news that he charges $400 for a 10-minute Live on Zoom.

When Big Ed blocked Lisa Hamme in April, he seemed unhappy because Lisa said he thinks he something rather special. In fact, Geoffrey Paschel also ended up blocked for criticizing him. Later, Rickey Reyes joined in the call for Big Ed’s removal from the show. Additionally, he complained that Ed think’s he’s the best ever person on the TLC franchise. Therefore, when fans heard that Big Ed advertizes a Zoom chat for 400 smackers, one of them reacted just like Lisa probably would if she could. Incredulously, they wrote, “who the f–k do you think you are?”

It certainly seems that Big Ed thinks he’s valuable to the 90 Day Fiance franchise. Angrily, fans noted that Big Ed busily deleted many comments on his post about the Zoom Lives. However, the news got replicated by @187anonymousgossip on Instagram. Without fear of deletion there, many fans posted very critically about the $400 reveal.

Have Big Ed join you for a 10 minute virtual meet and greet! Schedule a time for you: https://calendly.com/cameo-thisisbiged/live?month=2020-06

@187anonymousgossip shared screencap from Cameo. There, the admin captioned it with, “Who the hell is paying $400 for 10 mins on zoom with Big Ed? 🤦🏻‍♀️🤦🏻‍♀️” Well, judging by the reactions in the comments, not a lot of people. Here’s what some 90 Day Fiance critics said:

Many more similar comments from 90 Day Fiance fans came in. Actually, many of Big Ed’s fans seem extremely young. So some fans wondered where on earth he expects teenagers find that kind of money.  Nevertheless, those fans who like Ed, seem besotted by him. No doubt some of them coughed up for 10 minutes of Big Ed on his Zoom Lives.

Whats do you think? Would you pay that kind of money? Sound off in the comments below.