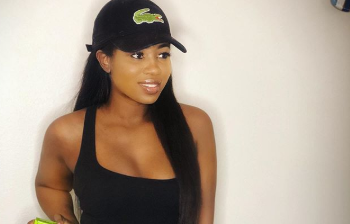 Faith Stowers is praising Bravo’s quick action after she revealed she’d been treated unfairly during her time on Vanderpump Rules. A day after the announcement came out Stassi Schroeder and Kristen Doute would not come back, she shared her thoughts.

She said, “Wow, they are listening to the people. They care about black people and people of color because this is what they are doing, They are showing that right now. That made me feel really good.”

What Did Faith Stowers Think Of Stassi and Kristen’s Apologies?

Both Kristen and Stassi posted public apologies for their actions online. The two falsely accused her of stealing and called the cops. Faith Stowers didn’t feel like their apologies were personal enough. She said, “t’s not really an apology. It’s a statement. I think it would have been a lot better if it was something personal because for me, it was a personal attack, It really hurt me emotionally so I think the apology should have matched the offense. I think it should have been just as heartfelt as their allegations were heartfelt.”

The actress now says she’s moving on according to E News. She said she’s focusing on her son. Faith said, “I want him to know that mommy did everything she could to bring light to injustices. That makes me feel really, really good. I put myself in the line of fire so maybe one day, when he grows up, he won’t have to.”

Happy Mother’s Day! I hope all of you feel special today! you deserve recognition. 💙 @fashionnova

Lala Kent Reached Out To Her Privately

Faith Stowers said Lala Kent  and her were really close in the past. Faith said, “I know I was really hurt by all of them. I will be honest and say I was hurt by all of them validly but when somebody reaches out personally like she did and apologizes—someone that actually knows me—that makes me feel good. I’m glad that she did.”

She and Lala formed a bond because they both lost their dads. She said during the media coverage of this story, “She reached out to me during all of this happening and she apologized and she told me she wanted to be on a clean slate.” Faith said, whatever happens, she had that private apology.

Faith said her former co-stars have a lot to learn and she hopes this is a teachable moment for them. As a Christian, she says she forgives them and hopes they will educate themselves. She said she wishes they would learn, “what’s really going on in the world so they can use their privilege for the betterment of the world.”

Fans will continue to watch the fallout from the four cast members fired and look forward to the future of Vanderpump Rules to be revealed.