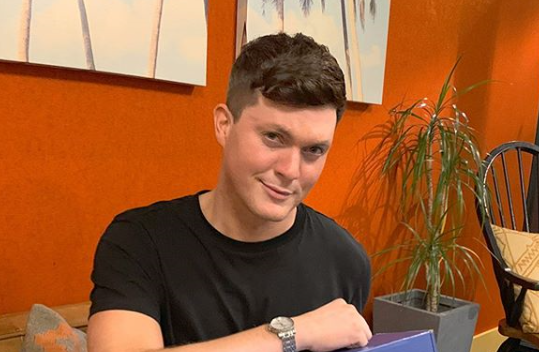 Zack Wickham has been in the background of Vanderpump Rules, as he’s Brittany Cartwright’s best friend. In light of Stassi Schroder and Kristen Doute’s firings, he went on his Instagram to defend them. He also defended Jax Taylor, who some fans have demanded by fired as well.

Wickham met Jax at the beginning of his relationship with Brittany. He said, “there is no one quite like him.” Zack said, “he makes you laugh, he makes you angry… Jax is the perfect TV villain.”

He acknowledged that Jax hasn’t had the best judgment in the past and plays the villain role well. But he pointed out, “there’s a big difference between being a controversial person on TV and an ass on Twitter than being accused of being a racist, homophobic and transphobic.”

Zack Wickham talked about Billie Lee’s accusations about her treatment on the show first. He said, “truth is she didn’t add much drama or fun to the show. So, she ultimately resorted to trying to stir up drama by insinuating that the cast is transphobic.”

Faith he said was a good friend of everyone. He stated, “Faith intentionally went after Jax to get together with him She did it to try and have a story line on the show. He said he cannot believe the claims she is making. Faith Stowers claimed Stassi and Kristen called the police on her . They did this after seeing a picture of a thief in the paper who looked like her. Stassi went on a podcast and talked about it, so Faith heard it directly from her.

According to US Weekly, Zack said, “the implications of calling the police of people of color is an issue that this country is finally addressing as a major problem. But they didn’t call without facts from an outside source. They didn’t call just to frame her due to the color of her skin like any ‘Karen’ would.” Fans disagreed with this asking him what facts they based it on.

I don't take wearing this shirt lightly. I wear it proudly because I believe in standing up for the rights of oppressed groups. Feeling safe shouldn't be granted at birth to those who have the right skin color but it is. We as a nation need reform in our justice system but also in our way of thinking. We don't educate our youth about race and in the end we create this ever-evolving, systematic, sub-conscience racism, that flows so freely, the majority doesn't see or want to talk about it. They blame the oppressed because it's easier than changing their views or actions. Black Lives Matter is a movement that I am proud to support because they are standing up and saying enough is enough. They aren't causing disruptions or protesting for no reason. They are standing up for change which is always looked upon with hate or distain by the majority. When you are the majority, equality can feel like oppression to you (even though let me be VERY clear it is not). This is the reason people try to say all lives matter. It's because the attention isn't on them and they take offense to that. I am white. I don't need a white history month. I don't need to have someone say all lives matter. History only speaks of white people who's lives matter. White privilege is real. White privilege is me not having to wonder if I can wear a medical mask or not during Covid because police or people could perceive me as a threat, even more so then normal, just for covering my face. I can't make a cop kill me when I get pulled over without a license, in another state, where I was speeding 95 in a 65 (true story and I got off with a warning). But what I can do is highlight the hypocrisy and call for reform. I want black lives to matter just as much as mine does in the justice system and in society in general. When we talk about the hard issues that make us rethink how we view things, that will be the way we start to build a society that is actually just and not only just for a few.

Wickham said that Kristen was a sweet person and said she opted out of her book tour early so she didn’t take away from the movement. He said Stassi had made some offensive remarks on her podcast and went on to address them. After she lost many sponsors in 2018 she had another episode about her privilege.

He said, ““I believe wholeheartedly in holding people accountable for any and all forms of discrimination. But I also believe in giving people the opportunity to realize their mistakes and take true responsibility and take action instead of immediately jumping into this cancel culture.” Faith meanwhile said she is proud of Bravo for showing they care.

Fans will continue to watch the fall out and the changes to Vanderpump Rules after this.