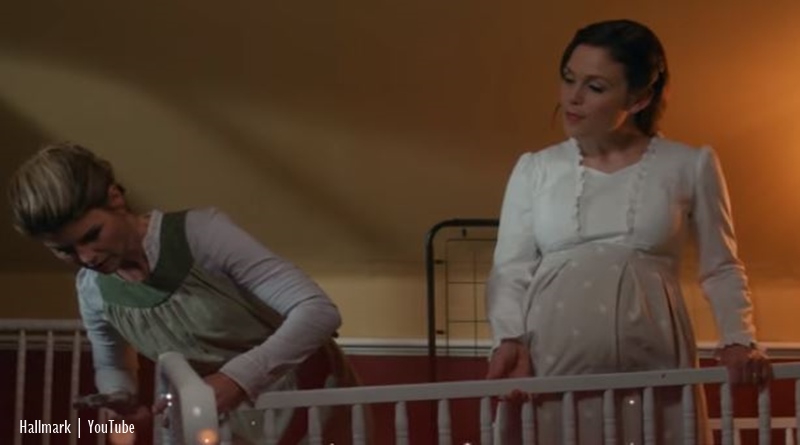 Andy Cohen went onto his SiriusXM’s Radio Andy on May 11 and talked about Lori Loughlin briefly. For some time now, rumors on social media suggested that he considers Lori for a spot on RHOBH. It’s not clear where the rumor started, but it got stronger after Lisa Rinna shaded Lori Loughlin for the USC admission scandal. So, where does Andy stand on Lori as a Real Housewives of Beverly Hills cast member?

When Bravo fired Kristen Doute and Stassi Schroeder from Vanderpump Rules, Andy said he got a lot of messages. Andy explained that he doesn’t hire or fire for the network. He said, “he’s not the boss when it comes to ‘programming at Bravo anymore,'” we noted. He talked specifically about VPR at the time. But, he also denied in the past that he has much influence over who gets hired or fired for Bravo. But, everyone knows that Andy’s obviously got pull with the network.

Perhaps, behind the scenes of shows like RHOBH, he gives much more than an occasional suggestion or a nod. After all, he might not be the executive producer for VPR, but he is a producer with Real Housewives. With Lori Loughlin, he told fans that much like everyone else, he heard the rumor from Twitter, US Weekly reported. The outlet quoted Andy Cohen as saying, “It’s not true,” that he considers Lori for a place on the show.

The Bravo host rather likes Lori Loughlin, it seems. He said on the radio show, “Lori Loughlin is a very nice person, she is going to have quite a story to tell.'” So, if the opportunity came along, maybe he would throw his weight behind bringing her in. Certainly, despite the backlash from Hallmark, she still holds a lot of affection among many “Hearties” who miss her on When Calls the Heart. So, she comes with a built-in fanbase.

RHOBH fans reacted to the idea of Lori on the show. When a Twitter user, @ohchadwick, asked what people feel about Lori on Real Housewives of Beverly Hills. over 600 comments came in. As Lori still stands a very good chance of going to prison, fans think it’s a superfluous question. Some of them liked the idea though. One person noted, “she was reality gold RIP.” Another one said, “I honestly don’t hate it.” Then, a commenter wrote, “It wouldn’t make me want to go back to being a viewer but she would fit in well with the likes Dorit, Kyle & Erika who lie about their and/or their hubbies criminal behavior.”

Lots of people don’t want Lori on the RHOBH show

Conversely, plenty of people felt very much against the idea of Lori. Strong feelings emerged. “Rumor has it that Andy has been talking to Lori Loughlin about joining RHOBH after she does her prison stint for the college admissions scandal and when I tell you I’m going to f–ng RIOT if that happens! This woman does NOT deserve that platform,” one critic said. Another one commented on a post by Andy Cohen where he said, “sometimes it’s good to listen.”

Then please listen to this.. dont bring in the epitome of white privileged Lori Laughlin to RHOBH and address Hamlin wearing a swastika shirt

What are your feelings about Lori Loughlin being considered for RHOBH? Are you sad to hear that Andy Cohen considers it all just a rumor? Sound off in the comments below.