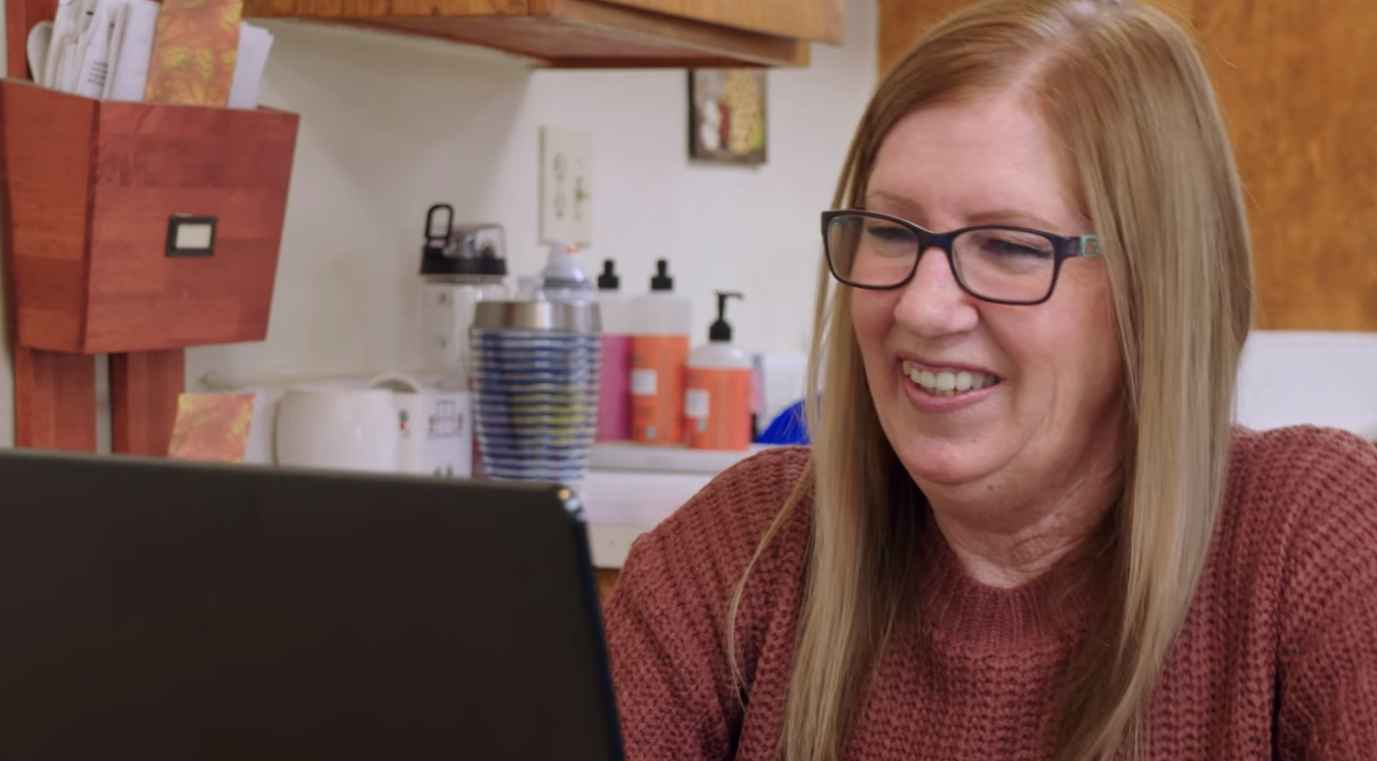 It was a rocky road for 90 Day Fiancé: The Other Way star Jenny Slatten, 61, and Sumit, 32, in Season 1. Jenny was shocked after moving to India to find out Sumit is in an arranged marriage. Season 2 sees Jenny and Sumit trying again. However, there is the matter of his impending divorce and the approval of Sumit’s parents to deal with. Can the American woman win them over?

On Wednesday, June 10, Jenny spoke to reporters on the 90 Day Fiancé: The Other Way Season 2 Q&A. Us Weekly quotes her as saying, “I’m not going to say it’s a lost cause.” Speaking of Sumit’s parents, Jenny says she does know his parents and met them in 2014. She hopes they will see how much she and Sumit love each other. Jenny believes they should get to know her because their son loves her. She stresses she loves their son too.

In Season 1 of 90 Day Fiancé: The Other Way, Jenny sold up everything to move to India to be with Sumit. When she arrives, she finds out Sumit has neglected to tell her he is in an arranged marriage. He told her his wife’s family does not want them to get divorced. On top of this, Sumit’s parents also don’t approve of their relationship due to the huge age gap. Let’s face it, Jenny is old enough to be Sumit’s mother herself.

Jenny wants a ring when she gets to India, will her wish come true? 🤞💍 Find out on #90DayFiance: The Other Way, Mondays at 9/8c.

Sumit’s wife has agreed to the divorce

In Season 2 of 90 Day Fiancé: The Other Way, we find out that Sumit is proceeding with his divorce, as his wife now agrees to the separation. The first payment has been made and Sumit has to make the next in six months’ time. This is all well and good, but the problem of Sumit’s parents still exists. They still don’t approve of their son’s relationship with California native Jenny.

During the Q&A, Jenny continues, saying, yes, Sumit was married and has to go through the divorce. Jenny says he will do that. As it was an arranged marriage, Sumit has no say in the matter. According to Jenny, fans will see this happen during Season 2 of the TLC reality show.

Jenny stresses that they are not done with each other. She says they have been in this relationship for almost nine years. The TLC reality stars have both invested a lot into the relationship and they love each other.

90 Day Fiancé: The Other Way’s Sumit finalizing his divorce

The premiere of Season 2 aired on Monday, June 8. In it, Sumit says he is working on finalizing his divorce. He is also getting ready to marry Jenny. However, Sumit does recognize it will be a huge challenge to get his parents on board with the marriage.

Sumit explains that his parents love him and are helping him because it was a bad marriage. However, he adds that at the same time, his parents don’t approve of his relationship with Jenny.

On Jenny’s side, she believes she will be able to work things out with Sumit, but she does still have some reservations. This is after being blindsided in the past. In the premiere episode, Jenny says if Sumit lies to her again, that would be the worst thing at this point. She says she doesn’t deserve that. Jenny goes on to say if it doesn’t work out this time, it will destroy her.

Jenny notes that Sumit had initially told her the divorce would be over within a couple of months. However, now he is talking about making the second payment in six months. She thought everything was already agreed upon. Sumit says he has a court date for the end of November for the second and final payment. At that time, the divorce will be complete.

Watch the continuing story of Jenny and Sumit on 90 Day Fiancé: The Other Way on TLC Mondays at 9 pm ET/PT.