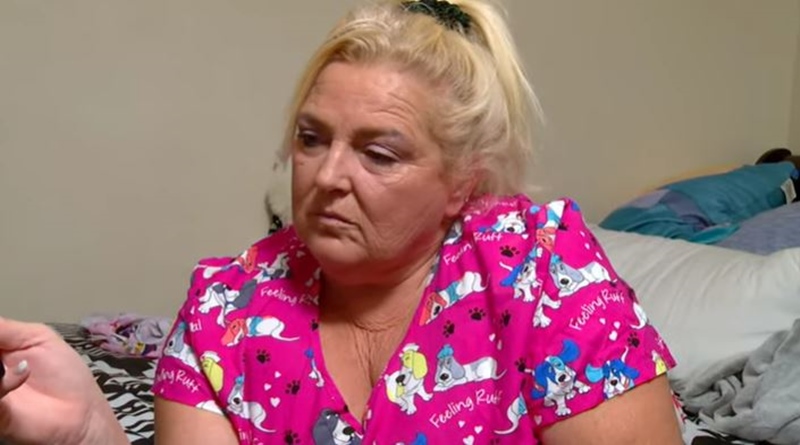 90 Day Fiance star, Angela Deem on TLC got a lot of criticism early in the franchise. Apart from her rather brash manner, fans hated that her daughter Scottie started her jail sentence for child molestation. Knowing that would happen, Angela went ahead and filmed for Before the 90 Days anyway. With Scottie out of prison, Angela Deem warned off critics on a Black Lives Matter post.

On the show, fans often saw Angela chatting with Scottie via video chat. Scottie got sentenced and started serving her time on 02/01/2019. Her indictment in September of 2018 revealed that charges included “one count of statutory rape, one count of aggravated child molestation, and eleven counts of child molestation representing eleven instances of abuse with one victim in 2017,” we noted.

Notably, she pleaded guilty to some of it and got “20 years in prison for each count of child molestation.” But she only served a little bit of that time. She ended up serving much of it on probation, Reality Tea noted. The news that Scottie got out early came via Starcasm. 90 Day Fiance fans already suspected an early release thanks to Reality Drive Thru on Instagram. They posted a slide showing the possible date of release said she could leave jail as soon as January 2021. But Starcasm noted her release came way before 2021, and she left prison on parole on May 6.

I had no idea that Angela’s daughter was serving time, last I saw so was only charged. #90dayfiance #angelaandmichael #michaelandangela #angeladeem #scottiedeem

It seems that many fans were unaware of Scottie’s release. The obvious clue came when Scottie shared a video about BLM on Instagram. In the video, the kids lent their support to BLM. Scottie’s not in the video, but she talks to the kids off camera. Angela Deem shared the same video on her Instagram. She added a caption under the BLM hashtag that said, “ANYONE THAT HAS ANY EVIL SH*T TO SAY ABOUT THIS POST WILL BE BLOCK… PERIOD.”

While many 90 Day Fiance fans assumed she spoke about backlash from critics because they think she supports Donald Trump, maybe she alluded to Scottie. After all, when Scottie posted the same video, she locked the comments section. But, if Angela worried about critics going after Scottie, it never came in her post. Actually, most people commended her for teaching the kids young. In fact, among the comments, it’s not clear anyone mentioned Scottie and her release from prison early. Of course, the possibility exists that she deleted any that may have talked about her daughter.

What do you think about Scottie’s early release in May? Do you think Angela alluded to Scottie when she warned off critics on her Black Lives Matter post? Sound off in the comments below.