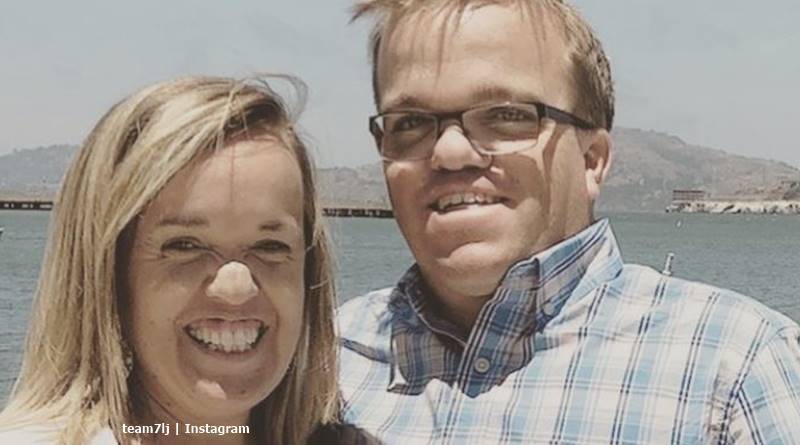 7 Little Johnstons fans saw Anna go off to college in the recently ended season of the TLC show. But now, fans heard that her mom Amber also goes back to school in the fall. But not as a student. She’ll be teaching a class. Fans know that previously, Amber worked in real estate. But now, she just wants to follow her heart.

Amber told her fans about her new career direction in an Instagram post on Thursday. She showed a picture of her in a classroom. In her caption, she said, “Super excited to share I will be heading back to the classroom this fall!!” And, she’s taking on that task with more than 700 pupils. She said she hopes to shape those “700+ little minds into computer savvy individuals.” Well, as some fans noted, probably those little minds won’t need too much effort. After all, these days kids learn about technology really young.

Plenty of other 7 Little Johnstons fans commented on the news about teacher Amber. Several of them commented about her not doing real estate anymore. But a fan noted, “she was in real estate, she stated in an above comment she was going back to where her heart is.” One person thought that Amber’s rather brave. They wrote, “This is amazing!!! 700?? Wow. I’m a teacher and I couldn’t imagine!” So, it seems like Amber’s not teaching at a tiny school or just one grade.

Amber’s kids study at college, and she wants them to make the best of their education

In the last season of the show, Anna and her college admission got a lot of coverage by TLC. Similarly, fans saw Amber and Trent talking to their son. Trent seemed rather concerned that he might fail his math class. It would mean a second time failing for their son, Meaww reported. Actually, Jonah talked to his mom about the modules he intended to study for before Trent came into the room. Maybe he felt Amber, soon a teacher herself could give him advice on his schedule.

Other teachers also talked about the number of kids that Amber plans on educating. One teacher wrote, “my school has close to 1000 students. Glad I’m only teaching about 24 of them 😆.” Another one commented, “Good luck!! It’s the best job in the world! Have fun!” Lots of fans talked about how some very lucky kids get the 7 Little Johnstons star as their teacher. “Yay!!!! They’re lucky to have you!!!!” one enthusiastic fan said.

📚Super excited to share I will be heading back to the classroom this fall!!📚Shaping 700+ little minds into computer savvy individuals. 💻 #technologyisfun #computerlab #knowledgeispower

What do you think about Amber going back to school as a teacher? Are you impressed with her drive and desire to follow her heart? After all, she’s not a spring chicken, and it takes courage to take on something new after years in a different career. Sound off your thoughts in the comments below.