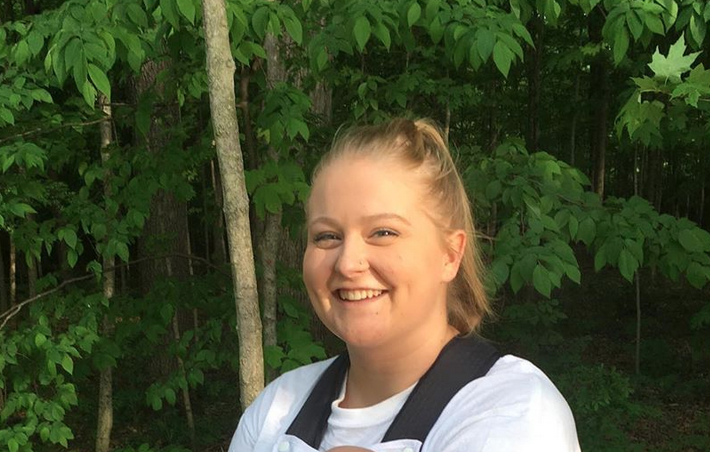 On Thursday, June 11, Unexpected star Laura Barron revealed the sad news that she had a miscarriage. In her post, Laura says, “It’s hard to just post this, but I know many are looking for a pregnancy update. We unfortunately lost the baby. I don’t really have words right now. ”

Her post features a miscarriage statistic, stating that 1 in 4 women suffer a miscarriage. She says that this is a stat that isn’t talked about it, despite it being so common. This may be part of the reason she is opening up to fans about the loss. Also, she already announced the pregnancy publicly, and, as she says, her followers were looking for an update.

Laura keeps the post short and sweet and doesn’t reveal additional details about the pregnancy or the loss.

This heartbreaking news comes just three weeks after she and her husband, Tylor Strawmyer, announced their third pregnancy. In a social media post, Laura shared the exciting news that their family was growing again. She shared a few photos, including a couple of the pregnancy test and one of the ultrasound. In the post, she revealed that the baby was due in December 2020. So, she announced the pregnancy pretty early on. She didn’t share a specific due date, so it’s not clear exactly how far along she was.

In response to the post, Laura and Tylor’s fans are offering kind words for the young couple as they navigate this hard loss. They’re saying they are sorry for their loss and that they are sending the couple love. Fellow Unexpected star Rilah Ferrer commented a sad face and a heart.

Though these comments can’t take the pain away, they can help the couple to know that they are loved and supported.

As mentioned, Tylor and Laura were expecting their third child together. Currently, they have two sons, Lucas, 2, and Leo, 7 months. The young couple is married and seems to be doing well. When fans watched the couple on Season 2 of Unexpected, they were unsure about how the relationship would work out. Fans may recall that Laura’s dad didn’t particularly like Tylor. But, things are looking good for the couple now, aside from the miscarriage.

The couple continues to keep their followers updated via social media. Though Laura may take some time off social media to cope with this loss, she should start sharing new photos again soon.

For the latest updates on Unexpected and all the stars, check back with TV Shows Ace.